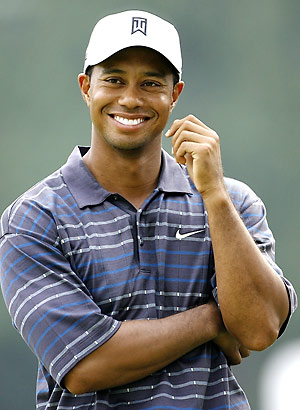 He hit a wayward shot onto the roof of the Firestone clubhouse in Akron during the Bridgestone Invitational. He bogeyed four holes in a row for the first time since he was a tour rookie 10 years ago. He lost a three-shot lead with three holes to play. He yelled “Fore!” on several occasions. In a playoff with Stewart Cink, Woods missed two of the first three greens in regulation and bogeyed one of the holes. All in all, Woods looked mortal once again after a stretch where he won three tournaments in a row, including two straight major championships, that made him appear nearly invincible once again. more

It seems that even when he’s bad, he’s plenty good.