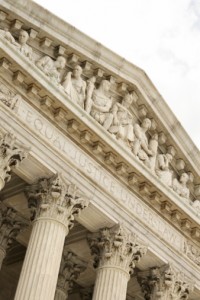 I’ve been ridiculously busy lately. I hope this News Roundup finds all of my readers in good health.

I’m still a little confused why a Democrat would not support comprehensive background checks on all gun sales. It makes no sense. As a matter fact, it’s unclear to me why every American would not support this simple act.

I know there’s been lots of discussion over the Supreme Court this week. They’ve heard two big cases regarding gay marriage. You can read a comprehensive discussion of California’s proposition 8 here.  The Supreme Court also heard arguments for and against the Defense of Marriage Act. Personally, I have a problem when the United States government decides to discriminate against any group of people.

Sexual assault should not be tolerated in the military. This is a no-brainer.

It is kind of funny how our whole system is now in jeopardy because bees cannot find their ways back home. All of our agriculture really depends on bees being able to pollinate flowers. There’s a whole industry that has developed to move bees from one place to another in order to improve pollination rates. Now, unfortunately, these bees seem to have a problem with orientation. This could be extremely problematic. (Then again, it seems to be the job of the media to make us uneasy or frightened about something. There’s always something. See the next paragraph!)

We all know that the United States and other countries have increased sanctions against North Korea. Well, we’ve upped the ante by flying to B-2 stealth bombers near North Korea and dropping test charges on a South Korean test range. North Korea is a particularly sticky wicket. Its proximity to South Korea makes any significant intervention really problematic, yet it is clear that we cannot sit back and do nothing. North Korea is on the path to holding the world hostage as it sits on some sort of nuclear weapon.

A pair of studies suggest that hospital resident work hours may lead to more errors (here and here or here and here). Although this study got a lot of play in the media, there was no significant, in-depth discussion. Somewhere around 10 or 15 years ago New York lawmakers decided that medical house staff were making errors because of their unreasonable work hours. Following this, work hours were cut further still in order to protect patients. According to a new study, error rates may be increasing. Everybody wants to decrease preventable errors. The big question is how do you do this without harming medical education. A young physician does not have his experience to fall back on and therefore must be exposed to a wide variety of scenarios in order to be confident upon graduation. How do you do this? Currently, nobody has a good answer.

North Carolina is looking to limit early voting because… it has been bad for democracy?

Finally, scientists are closing in on Harry Potter’s invisibility cloak.