Why the Cowboys are awful and won’t make the playoffs 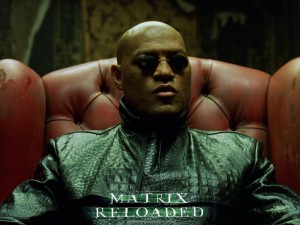 I went to Jerry Jones’ living room (Cowboy Stadium) to see the Cowboys lay one of the biggest, fattest eggs that I have ever witnessed. I have watched the Cowboys play football for over 40 years. I’m a huge Cowboy fan. There is no excuse for losing tonight. None. The Cowboys simply got their butts beaten. That’s it.

The Cowboys offense was terrible. We couldn’t run. We couldn’t pass. We couldn’t do anything. Let’s look at the numbers. 13 rushing attempts for 41 yards. O for 10 on third down. Zero. You can’t win like that. Whitten fumbled. Two passes were dropped by Miles Austin, our all-world receiver. We can’t pass protect. A blitzing linebacker came in free and blasted Romo and broke his collarbone. No one saw the linebacker. No one. This is the way the Chicago Bears play offense. We should know better.

After taking a 20  – 7 lead, the Giants scored on five straight possessions. Five! What happened to this “great” Dallas defense? They are basically the same guys who played well down the stretch last year. Keith Brooking is one of the problems. Can anyone tell me if he has made a tackle for a loss this year? He simply isn’t filling the gaps. Alan Ball at safety isn’t getting to where he needs to be on time. Michael Jenkins was supposed to be “all that and a bag of chips.” Three or four penalties last week and another one this week. He just isn’t playing well. The Giants rushed for 200 yards. They passed for 306. I’m sorry. You can’t win like that. You simply can’t. The defense finally forced some turnovers, only to give the ball to a sick and wounded offense that can’t move the ball. Now, all of the defensive problems can’t be placed only on the defense. In pro football these days, you need balance (see the Morpheus photo) between your offense and your defense. They should feed off of each other. Your offense must make enough plays to allow your defense to rest. Dallas’ offense had four or five, three and outs tonight, exposing a tired and struggling defense.

Don’t be fooled by a couple plays late in the game. That didn’t show us squat. It proved that when the NY Giants had the game on cruise control the Cowboys could move the ball. Big deal. This isn’t anything to build on. It is a disaster. The only thing that is clear is that Dez Bryant is a player.

The Cowboys need to go back to the drawing board. Our offensive line was terrible. It needs to be evaluated and upgraded. Kyle Kosier and Marc Columbo are injured a lot. Should we look for replacements? Leonard Davis is big but hasn’t been getting the job done. Should he be cut or traded? Doug Free got abused tonight. At running back, Marion Barber isn’t the beast that he once was. Is it him or the offensive line? I’m sorry that Tony Romo got hurt but he hasn’t played that well either. In the league today, you have to have strong performances from your quarterback every week. Manning threw some terrible passes early in the game but he managed to get it together and torch the Cowboys. So once Romo heals, is he the man?

From a coaching standpoint, Jerry Jones has to make some decisions. Offensive coordinator Jason Garrett doesn’t seem like he is the man on offense. His play calling appears to be predictable at times. If I saw one more draw to Felix Jones, I was going to vomit. Then again it is hard to be creative when your offensive line sucks. Wade Phillips seems to be a nice guy who understands football. Unfortunately, it doesn’t seem that players are motivated to play for him. What’s the problem with his defensive? He took over the defensive play calling about two years ago. We have never solidified the safety position. Alan Ball ain’t getting it done. We cut Ken Hamlin. We have Barry Church and Orlanado Scandrick behind Ball. Do any of those names instill confidence?

This season is over. There will be no playoffs. The Cowboys need to stop thinking about the playoffs and start figuring out how to play some real football. Football is about hitting, blocking, tackling, running and passing. Right now, the Cowboys do none of these things very well.

Finally, the Cowboy stadium is a very nice place. It is huge. It is also very, very loud. Like at all major sporting events, the noise is overwhelming. I’m not talking about the noise from the fans. I’m talking about the constant music and announcements from the PA system. Commercials fill every second when football is not being played. Commercials in HD on the Jerry-tron over head. If for some reason you look away from the distracting Jerry-tron, there are several smaller screens all around the stadium flashing some message for you to buy something. I’m sorry. I don’t like it. I wanted to go to watch the Cowboys and that’s it. I don’t need to buy a car or care that the instant replay is sponsored by some Eye Center. I don’t need to go Wild, Wild, Wild. I just want to watch a good game. I guess that’s too much to ask.