How the war was sold is the topic of Bill Moyers’ first Journal. It is also the subject of Frank Rich’s book, The Greatest Story Ever Sold (a wonderful book that hasn’t gotten its due, in my opinion). We would have never gone to war if the president, the vice president and WHIG didn’t start a coordinated effort to confuse and fake out the public.

In this episode of the Bill Moyers Journal, the journalist looks at the press. He clearly points to some of the great reporting during that time that has been overlooked. He also points to some of the pressures that major networks were under. The pressure came from the right. It came from sponsors. It came from the public. The unwritten rule was not to really confront the president. Everyone was expected to be ultra-patriotic. The pressure that came from Fox News must have been unreal. Fox News more than any other network waved the red, white and blue and then wrapped themselves in the flag. They were ultra-patriotic and everyone else was not even close. (The Neocons during this time made Fox their home.) If you were “unpatriotic,” Bill O’Reilly, Sean Hannity and the patriotic police would call you out and highlight you and your network. The Neocons and the rest of the right wing war machine would be calling you out soon after that. They would be followed by the radio noise machine. Soon you were out. Ask Phil Donahue, who was basically kicked out of a job for not being “patriotic enough.”

The relatively small Knight-Rider outfit consistently got it right, while the Washington Post and the NY Times got it wrong. Moyers does a very good job at pointing this out.

This is a GREAT initial episode. I will be posting it in five parts. Here are the first two.

Update: I originally posted this back in 2007. My blog has been updated many times since then. I have no idea where the original video that accompanies this post is. Fortunately, I found the original program and I have embedded it below.

So, here’s my question. Could this happen again? Could we, the American people, be pushed into another war of convenience?

Governor Dean, Are You Ready to Lead? 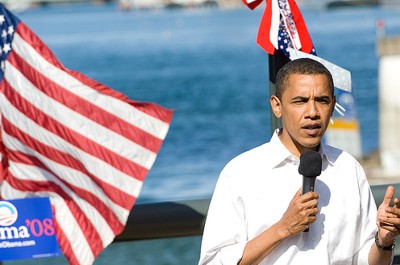 Melissa Harris-Lacewell is one of my favorite people. She has been on my show a couple of times and on the Bill Moyer’s Journal twice. The following is a letter that she posted on The Root.

There’s still time for you to save the Democratic Party.

Barack Obama and Hillary Clinton are not tied. You know this. There is little chance of a gracious settlement offer from the Clinton camp. The slim margin in Indiana gives her just enough rationale to stay in it.

Given that she will not voluntarily withdraw, Mr. Dean, I am asking you to take a hard look at the Democratic Party and consider whether you want that party to have a future. If so, now is the time for leadership.

The broad and powerful Democratic coalition of the New Deal no longer exists. By and large, southern whites have joined with Republicans. White ethnic Catholics exit in greater numbers each election. Labor union households are still Democrats, but their numbers and influence are declining. Although the 1990s saw a two-term Democratic president, he had such short coattails that the party lost its 40-year majority in the House within 24 months of his inauguration. In short, the party is in trouble. If it is to have a future, Democrats must forge new coalitions.

The party must shore up its strengths. African-Americans are the most consistently loyal Democratic partisans in national and local elections. But the tie between blacks and the Democratic Party does not bind as fiercely as it once did. There has been a notable decline among blacks who call themselves Strong Democrats and a substantial increase in African-Americans who identify as Independents. Also, far fewer black Americans now believe that there are clear differences between the parties. If you don’t believe me, just ask my Republican colleague Jeff Grynaviski, from the University of Chicago. He and I researched these trends together and he has no horse in this race. He will tell you that these are the same patterns that occurred among white southeners and Catholics before they started shopping for a new party.

Mr. Dean, if you allow Senator Clinton to take the party’s nomination after ruthlessly deploying race in this primary campaign, you will obliterate your base. Despite all the media chatter about white, working class voters, the candidate with a demographic problem is Hillary Clinton, not Barack Obama. Obama has developed a national, multiracial coalition, and his vote share among white voters has remained largely consistent throughout the campaign. Just look how well he did last night in Indiana. Hillary Clinton has gone from the favored candidate among black voters in early opinion polls to a candidate who has been repudiated by 92 percent of those voters, a fact proven last night in North Carolina.

Let’s be clear. When black folks switch parties, we do it decisively. After nearly a century of unwavering commitment to the party of Lincoln, it was Republican Barry Goldwater’s presidential bid in 1964, designed to appeal to entrenched American racism, which led to an increase in black Democratic Party identifiers from 59 percent to 86 percent in a single election. Despite Obama’s call for unity in his North Carolina victory speech last night, black Americans will not stand behind a candidate who deploys a Goldwater strategy within our own party. Our opposition to the war will not allow us to vote for McCain, but we can choose to exit the coalition, withhold our votes, to protest a Clinton candidacy. This is not a threat. It is an observation based on historical evidence. END_OF_DOCUMENT_TOKEN_TO_BE_REPLACED