Sexual assault must stop. Kirsten Schofield has penned a thoughtful, emotional and powerful article on sexual assault. Unlike whatever that debacle was that the Rolling Stone reported and then retracted, Kirsten was sexually assaulted. She does not accept the writer’s apology. She does not accept the apology of Rolling Stone… nor should she. In her own words: I do not accept Erdely’s apology and neither should you. Erdely says she allowed her “concern for Jackie’s well-being…fear of re-traumatizing her, and…confidence in her credibility to take the place of more questioning and more facts” and that she won’t make these mistakes again, but it’s too late for a nicely-worded mea culpa. When Rolling Stone decided to “go ahead without knowing the lifeguard’s name or verifying his existence,” they contributed to the environment that allowed my assailant to walk up to me in a crowded public space and joke about trying to rape me. Erdely’s self-serving actions, and those of her editors, let college administrators, fraternities and police departments go back to pretending that sexual violence isn’t a problem. I’m sorry, but “sorry” isn’t good enough.

Darren Sharper: Sometimes when you read a story all you can do is shake your head. If you really get into the story, the hideousness is overwhelming. It appears that former NFL star Darren Sharper was a rape machine. With his good looks and charm it appears that he would lure unsuspecting women and then drug and rape them. He has pleaded guilty. He’s been pulled from William and Mary’s Hall of Fame.
END_OF_DOCUMENT_TOKEN_TO_BE_REPLACED 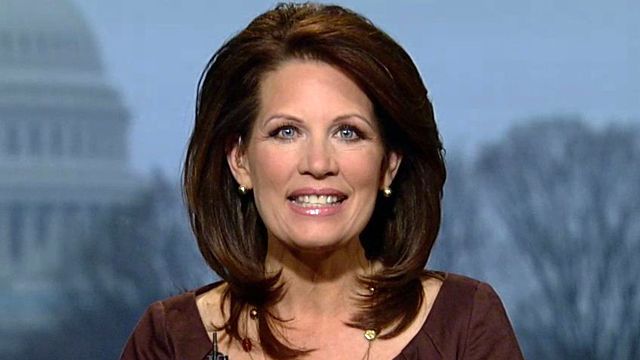 I have said for years that Obama Derangement Syndrome completely numbs the mind. You’re unable to see anything positive in the world if you suffer from ODS. Everything, every problem, is Barack Obama’s fault. Michele Bachmann is the latest example of Obama Derangement Syndrome. The former Congresswoman took to her Facebook page and stated, “With his Iran deal, Barack Obama is for the 3 million souls of the United States what Andreas Lubitz was for the 150 souls on the German wings flight – a deranged pilot flying his entire nation into the rocks. After the fact, among the smoldering remains of American cities, the shock survivors will ask, why did he do it?”

First of all, I’m not surprised that Michele Bachmann would type such a thing. She rose to prominence because she would say outrageous things. She flamed out because she would say outrageous things which made absolutely no sense. Secondly, in my mind, Barack Obama has done exactly what we wanted him to do. We wanted to make the tough decisions. We wanted him to do things that are hard but are in our best interest. He negotiated with our enemies and seems to have gotten a blueprint forward. It appears that Iran has agreed to dismantle some of its nuclear facilities. They’ve agreed to intrusive inspections. They’ve agreed to give up their aspirations to make nuclear weapons. In exchange they want to become a member of the international community. They would like to have a prosperous society like they had in the 1970s. The whole agreement would look different if it weren’t verifiable, but it is. This looks like a great deal for the United States, a great deal for Iran and a great deal for the international community.

Maybe the problem with Michele Bachmann is that she never learned if/then equations in grade school.

Right now, we are excruciatingly close to historic deal. Pres. Obama and the White House may have done something that no one thought they could do, force the Iranian government into a verifiable nuclear deal. At first glance, this deal appears to have everything that we want. We want to have intrusive inspections where we can verify that Iran is holding up their end of the bargain. Secondly, we want to have a deal in which the international community is overwhelmingly supportive. We have that. (Even Russia’s on board.) I hesitate to be too exuberant but… Damn, this really looks good.

From the New York Times:

The preliminary agreement between Iran and the major powers is a significant achievement that makes it more likely Iran will never be a nuclear threat. President Obama said it would “cut off every pathway that Iran could take to develop a nuclear weapon.”

Officials said some important issues have not been resolved, like the possible lifting of a United Nations arms embargo, and writing the technical sections could also cause problems before the deal’s finalization, expected by June 30. Even so, the agreement announced on Thursday after eight days of negotiations appears more specific and comprehensive than expected.