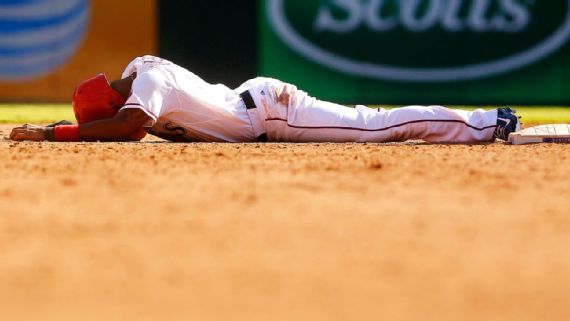 It is unclear how it could have been much worse. The Texas Rangers reportedly have one of the best bullpens in major league baseball. They are leading 10-6, at home. It is the top of the ninth inning. The Texas Rangers and their fabulous bullpen give up five runs and end up losing to the Los Angeles Angels, 11-10. It was an epic failure. It is unclear how a team comes back from such a devastating loss.

Kevin McCarthy is running for John Boehner’s old job. He has made several recent television appearances which simply did not go that well. His speaking style is somewhat difficult to understand. I am not sure whether he has dyslexia or has word-finding difficulties or what. He is difficult to understand. I mean, he really cannot speak the English language. This begs the question, how did he get elected to Congress if he cannot communicate effectively? Personally, I find it sad that he cannot communicate. He did manage to mumble and bumble himself into a huge pickle when he stated that the Benghazi Committee was specifically formed in order to hurt Hillary Clinton’s poll numbers. There was a time when we really did not focus on failure in the United States. We could watch television and look for excellence. The Gong Show was the first show that I remember in which Americans would wait for contestants to fail. That was funny. That was riveting. Now, with reality TV, we look for people to fail all the time. Sure, American Idol can find some absolutely fabulous talent, but at the same time many Americans tune in to those early shows to watch folks crash and burn on national TV. There is this new show on the NFL network called Undrafted. In this show we follow NFL hopefuls. These folks were drafted and, for the most part, their prospects for making the NFL are somewhere between slim and none. I am sorry, but I do not find this compelling TV. I find it sad. On the Golf Channel, we can see the same type of thing. Web.com participants battle low-ranking PGA participants for 50 PGA cards. We can see young and up-and-coming golfers make it on the PGA tour but at the same time we can see somebody like Jhonattan Vegas, a one-time rising star who is battled injuries, struggle and then flame out.