Another Reporter Survives to Tell Story 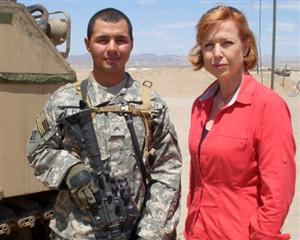 We all know about the ordeal that Bob Woodruff went through. Well, Kimberly Dozier, a CBS reporter, suffered a similar attack while covering the latest Iraq. After more than 20 surgeries, it looks like she survive the ordeal.

It is so sad. If Donald Rumsfeld didn’t think that he was smarter than everyone else, we could have sent 300 to 400 thousand troops and this ugly war would have been over years ago.