I Am Totally Confused 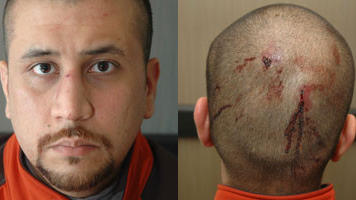 Sometimes I just don’t understand the world that we live in. I’m confused. For months now, I have only asked that justice be done in the Trayvon Martin case. That’s it. If the wheels of justice turn and decide that George Zimmerman should go free, I can live with that. I just want justice to be served. Now, if you’re on trial for second-degree murder and could be put away for an extremely long period of time, how do you lie to the judge? I don’t get it. How did you figure that the courts wouldn’t find out that there had been a ton of money donated through an extremely public website? So, because he lied to the judge, Zimmerman is now back in jail. (BTW, isn’t Zimmerman’s father a judge? Shouldn’t he have known better than to lie?) Things for George Zimmerman just go from bad to worse. His wife has just been arrested on perjury charges.

We discuss progressive radio.  Recent Supreme Court rulings and the right turn that the court is taking.  I take a couple of calls from the listeners.

Robert Palmer – I didn't mean to turn you on

This was one of a couple songs in which Robert Palmer used superhot almost plastic women.  Fun tune.