It seems to me that recently I’ve been talking about race a lot. There are some people in our society who live smack dab in White suburbia. They don’t see race as an issue. They look at race as something that is a throwback from the 1950s and 1960s. They look at civil rights legislation, affirmative action and other measures as having “fixed” the race problem. The recent uproar over deceased Harvard Law professor Derek Bell is an excellent example of how some folks don’t understand, refuse to understand the depth of the race problem in the United States. Race has infused every bit of our society. Sure, we would like to think that everyone has equal opportunities. We would like to think that everyone in the United States has the ability to grow up and be Barack Obama. The fact is that simply isn’t true.

Back in 1999, a 23-year-old New Guinea immigrant named Amando Diallo died in front of his own apartment complex in a hail of police bullets. This unarmed man looked “suspicious,” which caused the police to shoot 41 times. The police officers were acquitted. My question is whether this young man, had he been an Italian immigrant or an Irish immigrant, would he be alive today? 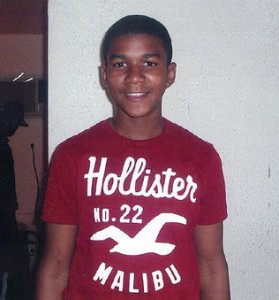 Yesterday, I posted a tragic story about Trayvon Martin. He was a 17-year-old male who was watching the NBA All-Star game with his father. At halftime, he walked down the street to get some snacks at the corner convenience store. On the way back, he was confronted by a neighborhood watchman (a vigilante). Somehow, a confrontation ensued and Mr. Martin was shot and killed. How does this happen? If Trayvon had been White, would he be alive today? Did the tension that continues to exist between Whites and Blacks contribute to a gross misunderstanding? Did George Zimmerman see Trayvon Martin as a young high school student or as some opportunistic, hip-hop washout in baggy jeans? One of the lingering questions in this tragic case is why George Zimmerman is not in jail. If the situation were reversed, if George Zimmerman was walking in a Black neighborhood and he was shot and killed by a Black neighborhood watchman, would that neighborhood watchman have been arrested on the scene? 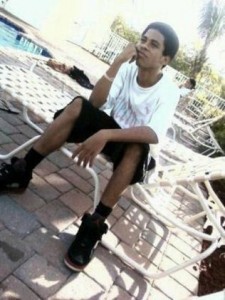 Eric Perez was an 18-year-old arrested back in July for possessing a small amount of marijuana. By all accounts, he walked into jail as a healthy young man. Several hours later, he was dead. He died of head injuries. He spent most the night “hallucinating vomiting soiling himself and seeking help from guards who ignored him.” How does this happen in a colorblind society? As a trauma surgeon, I work with prisoners all the time. I’ve seen prisoners brought to the ER and admitted to the hospital with significant injuries and also with minor injuries. How do you let an 18 year old die without medical attention?

When you grow up in the United States as a person of color, you hear the stories. You know people who’ve been arrested for no particularly good reason. You know people who’ve been followed by the police because they were “in the wrong neighborhood.” Hell, when I was at Emory University in Atlanta, during the early ’80s, I got to know a lot of the guys on the Emory police force. Why? If I was walking on campus after 10 PM, it was not uncommon for me to get a police escort. I would just be followed. So, after being followed several times, I decided that I would go and introduce myself. I would go talk to them. Before you knew it, they would start following me and then recognize who I was. They knew that I was a student on campus. I would wave at them and they would wave at me and they would move on. The point is that you shouldn’t have to get to know the police in order not to be bothered.

Michelle Alexander’s book, The New Jim Crow, highlights a lot of the inequities that we see in the criminal justice system. For me, the tragedy is that the criminal justice system, more than anywhere else in society, is supposed to be colorblind. It isn’t. When we combine this information with what we saw in the PBS special, Slavery by Another Name, we begin to formulate a picture of the criminal justice system. This system, which is supposed to be colorblind, is instead rigged against minorities. So, as you’re sitting in White suburbia, it’s easy for you to type on your HP computer that Derek Bell is a racist. I was sent the following tweet a couple days ago: @ecthompsonmd I’ve listened. [to Derrick Bell’s speeches] When one views every societal economic & political event through the lens of race & us v. them, it’s racist. In my opinion, this tweet reveals ignorance of a complex problem that still persists in our society. Race does infuse every aspect of our society. Is it better today than it was 20 or 40 years ago? Yes. But we still have a long way to go.