Afghanistan — what to do?

This week was supposed to be foreign-policy week here at Where Is the Outrage. I did start off well with North Korea then I got sidetracked. Now, let’s take a look at Afghanistan.

Afghanistan is a country of approximately the same size as Texas. It’s extremely mountainous and dry. There’s never really been a central government in Afghanistan, as best I can tell.

The Taliban is nothing more than a religious political movement that is made up mostly of ethnic Pashtuns (the major ethnic group in Afghanistan, making up approximate 40% of the population). They took over the central government in 1996 led by a reclusive and rarely photographed leader Mullah Omar. Exactly how they came to power is not important, in my opinion. The fact that they were embraced by many Afghans is important. They were not thought of as outsiders. They did provide basic services including law and order, which many Afghans appreciated.

When the United States invaded Afghanistan in 2001, we did not kill or capture members of the fleeing Taliban government. Instead, we pushed members of the Taliban into the Tora Bora mountains and into Pakistan. Many of the leaders were not captured. We had opportunities in 2002 and 2003 to provide basic services and help rebuild the country. Unfortunately, that was not the focus of the Bush administration. We never really dismantled or engaged the local tribal leaders/warlords. They are the ones who control the power.

By 2004, it was clear that the Taliban was regrouping. We never got adequate control in southern Afghanistan. Because the Bush administration was bogged down in Iraq, we didn’t have adequate troops in Afghanistan to push back against the Taliban surge. One of the biggest mistakes that the Bush administration made was to try to turn over security of Afghanistan to NATO. NATO is no better (and no worse) than UN security forces. Each member country sets up its own rules of engagement. All countries were risk-averse, which was perfect for the Taliban. They were able to engage in the heroin trade in order make money for weapons and food knowing that NATO was not really all that interested in a head-on confrontation.

Without spending an inordinate amount of time discussing the multiple failures of the Bush administration, let’s fast forward to where we are now. We now have a re-energized Taliban organization that is as strong now as it has ever been the last six or seven years. They are embedded in Western Pakistan, the Tora Bora mountains and southern Afghanistan. It is clear that they are making a big push to take over most of the altar country. It is also clear that they will be a safe haven for Al Qaeda. So, here’s what I think I know —

Another look at Afghanistan

Here are some of Tom’s thoughts on what President Obama should say to us. I agree.

On March 28th, I outlined what I called a “comprehensive, new strategy for Afghanistan and Pakistan.” It was ambitious. It was also an attempt to fulfill a campaign promise that was heartfelt. I believed — and still believe — that, in invading Iraq, a war this administration is now ending, we took our eye off Afghanistan. Our well-being and safety, as well as that of the Afghan people, suffered for it.

I suggested then that the situation in Afghanistan was already “perilous.” I announced that we would be sending 17,000 more American soldiers into that war zone, as well as 4,000 trainers and advisors whose job would be to increase the size of the Afghan security forces so that they could someday take the lead in securing their own country. There could be no more serious decision for an American president.

Eight months have passed since that day. This evening, after a comprehensive policy review of our options in that region that has involved commanders in the field, the Joint Chiefs of Staff, National Security Advisor James Jones, Secretary of Defense Robert Gates, Secretary of State Hillary Clinton, Vice President Joe Biden, top intelligence and State Department officials and key ambassadors, special representative on Afghanistan and Pakistan Richard Holbrooke, and experts from inside and outside this administration, I have a very different kind of announcement to make.

I plan to speak to you tonight with the frankness Americans deserve from their president. I’ve recently noted a number of pundits who suggest that my task here should be to reassure you about Afghanistan. I don’t agree. What you need is the unvarnished truth just as it’s been given to me. We all need to face a tough situation, as Americans have done so many times in the past, with our eyes wide open. It doesn’t pay for a president or a people to fake it or, for that matter, to kick the can of a difficult decision down the road, especially when the lives of American troops are at stake.

During the presidential campaign I called Afghanistan “the right war.” Let me say this: with the full information resources of the American presidency at my fingertips, I no longer believe that to be the case. I know a president isn’t supposed to say such things, but he, too, should have the flexibility to change his mind. In fact, more than most people, it’s important that he do so based on the best information available. No false pride or political calculation should keep him from that.

And the best information available to me on the situation in Afghanistan is sobering. It doesn’t matter whether you are listening to our war commander, General Stanley McChrystal, who, as press reports have indicated, believes that with approximately 80,000 more troops — which we essentially don’t have available — there would be a reasonable chance of conducting a successful counterinsurgency war against the Taliban, or our ambassador to that country, Karl Eikenberry, a former general with significant experience there, who believes we shouldn’t send another soldier at present. All agree on the following seven points: 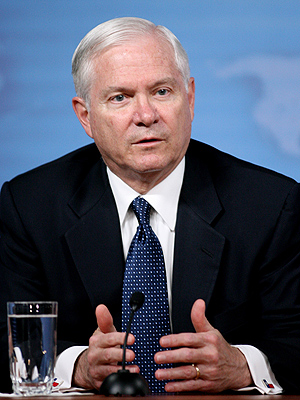 Out of the thousands of terrible decisions that President George W. Bush and his administration have made, the worst has to be deciding to stop chasing the Taliban and Osama Bin Laden. I guess that we can also lump in the decision not to send more troops into the Tora Bora mountains to encircle Bin Laden and kill or capture him at that time. Then there was the decision to push the Taliban and Bin Laden out of the capital city of Kabul instead of closing the city off and cornering all of Al Qaeda’s top leadership. All of these decisions were terrible. We are living with the consequences of these decisions now.

The Taliban attacked an American base in Eastern Afghanistan this week. Now, let’s ruminate over this for a second. American has the most powerful military in the world. Yet, the Taliban launched an coordinated offensive against us. They must have thought either they could win the battle and take the base or they could learn from the American response and use that knowledge in a future attack. Both scenarios are depressing. (They did overrun the base with their second attack.)

Over the last six years, the U.S. has spent billions of dollars in Afghanistan. What have we gotten for our investment? Heroin. Afghan farmers have produced more heroin under the Bush administration then they ever did under the Mullah Omar and the Taliban. Tons of this stuff have flooded the world market. Yet, the Bush administration has done next to nothing to stop it.

We are making the same mistake that former President Reagan made over 20 years ago. U.S. policy was to confront Russia everywhere, keeping the pressure on. When Russia invaded Afghanistan, we supplied weapons to the Afghan warlords and mujaheddin. Russia was pushed out. We declared victory and left. But we didn’t help rebuild the county. More fighting occurred. This time the fighting was basically a civil war. The Taliban won. We continued to ignore events until 9/11. 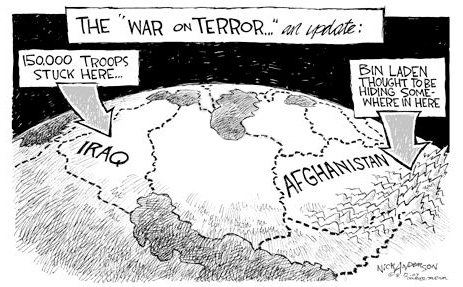 So, fast forward to late 2001 when we ran the Taliban out of Afghanistan. We left just enough troops to make sure that Kabul will not fall back into the hands of the Taliban as we went after those WMD’s. Afghanistan has been allowed to fester. We don’t have enough troops or money to build a society that respects the rule of law, much less a society that has telephones for commerce or roads to efficiently move produce to market. Six years after the Taliban were pushed out, they are back like Freddie Krueger.

Now the Secretary of Defense Robert Gates is looking for more troops to send Freddie back to where he came from– but there aren’t any more troops. Unless Gates has the powers of Samantha Stevens, on the TV show Bewitched, twitching his nose is not going to produce any more troops. All of our combat units are either in Iraq or in Afghanistan or they have just come back from deployment. There are no good short term solutions.

I think that we need to pull a couple of combat units out of Iraq and send them to Afghanistan. We need to get control of this situation. We need to kill or capture the leadership of the Taliban and find Osama Bin Laden and end what he started.

I don’t think that I have said anything in this post that would be considered radical or left-wing or controversial. This should be the American stance but, as you know, it is not. Bush supporters somehow try to argue that Afghanistan really doesn’t matter. The really fight against terrorism is in Iraq.