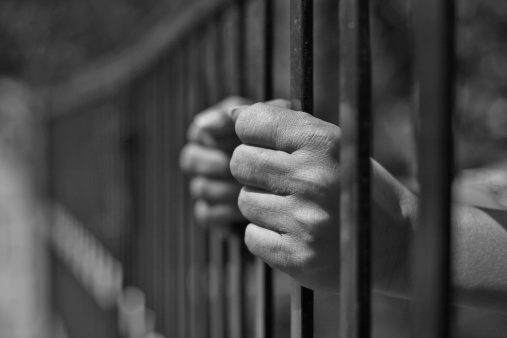 In this country we have had a lock ’em up mentality for a long time. If someone crosses the line, then send them to the slammer. The South is really good at locking up its citizens. Locking up our citizens is big business.  Some folks are making tons of money locking up those Americans who have crossed some line or another. Rehabilitation is for wimps. Real men, if they go astray, should know how to get on the right path. Period. They don’t need any of that hand holding, group therapy garbage. The fact that we are spending less on education, which happens really to be the only way out of prison and poverty, is not really germane to this conversation.  Louisiana is really, really good at locking up its citizens. I really don’t understand how, in a nation of Christians, we don’t feel that it is morally wrong to have a for-profit prison system. I simply don’t understand it. Isn’t there just a little conflict of interest if you get paid by the prisoner? Then you place on top of this for-profit prison system the craziness that is our judicial system. Blacks and other minorities are more likely to get arrested and do time than anyone else in our society. Once you are in the system, there is nothing in prison that is designed to help you get on the right path, so you are more likely to get arrested and go back to jail once you get out. What’s the point?

Just because it looks as if the Keystone Pipeline is dead, don’t think that this fight is over. Some very powerful people stand to make tons of money for this project to simply die. It will be back, I promise.

For the second time in as many months, the Obama administration has rejected the Keystone XL pipeline—a hugely controversial project that would traverse the length of the country from Nebraska to the Gulf of Mexico, carrying heavy and dirty tar sands oil from deep in Canada.

You’ll recall that, following a summer of protests and civil disobedience, the administration announced in November that it was delaying the project for at least a year, until a less disruptive route around a key aquifer in Nebraska could be studied and proposed. (Many believe this delay would kill the project entirely).

But Republicans successfully revived the project during the end-of-year negotiations on the payroll tax cut and unemployment insurance. Democrats desperately wanted these measures, and the final bill included a provision that would force the State Department to issue a decision on Keystone within two months. (more…)

Oh, btw, I don’t buy the GOP argument that the pipeline would make 2500 or 100,000 jobs. Media Matters clearly shows how the media pumped up the jobs numbers.

I kind of enjoy the way the Republicans are starting to beat up on each other. Two weeks ago, Newt Gingrich was the recipient of most the beatings. Now, it is Mitt Romney. He is getting hammered (here and here) over his time as chairman at Bain Capital. I suspect that in the coming weeks the American people will have an opportunity to look at venture capitalists up close and personal. Venture capitalists, more than bankers, are the personification of modern day supercapitalism. Bankers have regulations. Venture capitalists are free to do whatever they want to do with their money. Their only goal is to make money for their investors.

Another way for them to make their truckloads of money is one that we haven’t talked about much until recently and is less popular with the American people. Venture capitalists can spot a company that is terrifically undervalued. They buy the company, then they carve out what they believe is extremely valuable and cast off the rest of the company. The valuable portion of the company can be bought or sold for profit. This is the ugly side of venture capitalism. The venture capitalists make money, yes, but lots of people lose their jobs because they were working for the “nonprofitable” portions of the company.

Finally, the video (above) points out that Bain Capital took government money in order to make a profit on a couple of deals. This should be no surprise to anyone. The purpose of venture capitalists is to make money any way legally possible, including taking government money.