More jobs than we originally thought 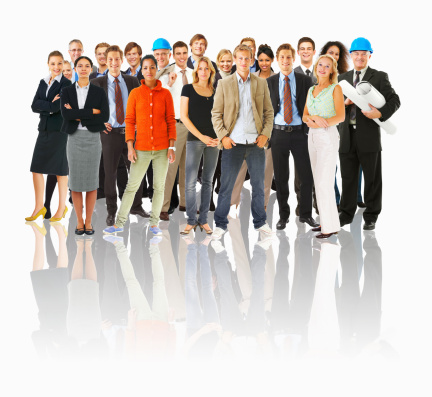 This is unexpected good news. Oh, wait. There is a group of Americans who can’t stand any good economic news. This will be seen by Fox News as evidence that the Obama administration is playing with the numbers. Whatever. As far as I know, when the numbers are bad conservatives are plenty happy with the BLS. It is only when the numbers start to look better that they have a problem.

New data released this morning by the Bureau of Labor Statistics shows that the private-sector added 450,000 more jobs as of March 2012 than previously thought. This means that the economy has crossed the threshold and more jobs have been created than lost during President Obama’s term.

This is a remarkable accomplishment—and one that would not have happened without the Recovery Act and other policies developed by this administration and passed by the 111th Congress in 2009. When President Obama was sworn in, the economy was losing jobs to the unprecedented tune of over 20,000 per day. Between the beginning of 2008 and February 2010 when the tide began to turn, the economy lost nearly 8.8 million jobs—4.3 million on Obama’s watch and almost 4.5 million under President Bush’s.

In February 2009, the American Recovery and Reinvestment Act was signed into law and funds began almost immediately moving their way through the economy and the pace of job losses slowed, turning positive a year later. Since February 2010, including the newly revised data, the economy has added 4.4 million total payroll jobs, an average of 135,00 per month.

Even so, today’s data contained another glaring statistic: the economy has lost more than 700,000 public sector jobs since 2009, holding back the overall recovery. Without those losses, our unemployment rate would be at least a full point lower.

Yesterday when I wrote about advertisers leaving Rush Limbaugh, I really thought the tide had settled. I’m happy to say that I was 100% wrong. The tide seems to be turning into an avalanche. JCPenney, Capital One, Netflix, Matrix Direct, John Deere, Stamps.com, Consolidated Credit and many more have decided that Rush Limbaugh does not really represent them and they would rather advertise somewhere else. To date,  45 advertisers have canceled their ads on the Rush Limbaugh show. (Add to the list of those who have left Limbaugh – Cunningham Security, RSVP Discount Beverage, Regal Assets and Norway Savings Bank.)

America’s television meteorologists are theprimary source of climate information for most Americans, and are second only to scientists — who have much less access to the general public — in the level of trust they are given. Yet more than half of TV weather reporters don’t believe in human-induced climate change, even as our poisoned weather grows more extreme.

Forecast the Facts, a new campaign of 350.org, the League of Conservation Voters, and the newCitizen Engagement Lab, aims to turn the tide. The first call to action challenges the American Meteorological Society to vote next week for a strong climate change statement that rejects science denial:

It’s a big problem: weather reporters reach millions of people every night, and right now they’re not telling their viewers the full story. We can change that. Meteorologists are meeting this month at the annual conference of the American Meteorological Society, where the AMS Council will vote on a new official statement on climate change. Denier meteorologists don’t want the statement to pass, and are doing everything they can to derail the process. We can’t let that happen.