The Three Truths About ObamaCare 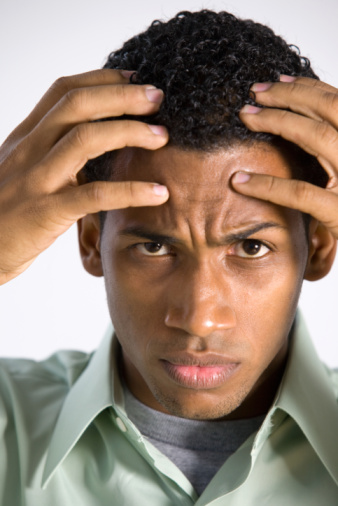 Democrats are giving me a headache

Democrats have been so wimpy on ObamaCare, it makes me want to vomit. (Oops, just messed up my keyboard!) They are killing me. ObamaCare isn’t some major overhaul of our healthcare system. It isn’t. Yes, the bill is thousands of pages long, but most of that verbiage was tap dancing around existing law. ObamaCare simply addresses the worst problems of our existing system. The vast majority of Americans will see little or no changes to their coverage. ObamaCare doesn’t cure cancer nor is it Hitler revived from the dead. ObamaCare is compromise between what we had, an employer-based system (which really worked very well if you were employed and didn’t get sick often) and some employer-based system in which everyone was covered. It is NOT Medicare for All. Wimpy Democrats need to grow a spine and stand up. This isn’t rocket science.

The real problem is now. The President and other Democrats aren’t meeting the Republican barrage with three larger truths that show the pettiness of the attack:

The wreck of private insurance. Ours has been the only healthcare system in the world designed to avoid sick people. For-profit insurers have spent billions finding and marketing their policies to healthy people – young adults, people at low risk of expensive diseases, groups of professionals – while rejecting people with preexisting conditions, otherwise debilitated, or at high risk of heart disease, diabetes, and cancer. And have routinely dropped coverage of policy holders who become seriously sick or disabled. What else would you expect from corporations seeking to maximize profits?

But the social consequences have been devastating. We have ended up with the most expensive healthcare system in the world (finding and marketing to healthy people is expensive, corporate executives are expensive, profits adequate to satisfy shareholders are expensive), combined with the worst health outcomes of all rich countries — highest rates of infant mortality, shortest life spans, largest portions of populations never seeing a doctor and receiving no preventive care, most expensive uses of emergency rooms.

We could not and cannot continue with this travesty of a healthcare system.

The Affordable Care Act is a modest solution.  It still relies on private insurers — merely setting minimum standards and “exchanges” where customers can compare policies, requiring insurers to take people with preexisting conditions and not abandon those who get seriously sick, and helping low-income people afford coverage.

A single-payer system would have been preferable. Most other rich countries do it this way. It could have been grafted on to Social Security and Medicare, paid for through payroll taxes, expanded to lower-income families through Medicaid. It would have been simple and efficient. (It’s no coincidence that the Act’s Medicaid expansion has been easy and rapid in states that chose to accept it.)

But Republicans were dead set against this. They wouldn’t even abide a “public option” to buy into something resembling Medicare. In the end, they wouldn’t even go along with the Affordable Care Act, which was based on Republican ideas in the first place. (From Richard Nixon’s healthcare plan through the musings of the Heritage Foundation, Republicans for years urged that everything be kept in the hands of private insurers but the government set minimum standards, create state-based insurance exchanges, and require everyone to sign up).

The other day I heard a young man say he’d rather pay a penalty than buy health insurance under the Act because, in his words, “why should I pay for the sick and the old?” The answer is he has a responsibility to do so, as a member the same society they inhabit.