Michael Bloomberg is thinking about running for President, again.  He has been rumored to be in…out…in…out.  Personally, I don’t have a billion or so dollars burning a hole in my pocket.  I find something sickening in the fact that you have an edge in politics if you’re rich.  The one thing that Bloomberg says that makes since is that we need to change business as usual.  Glenn Greenwald has a great rundown on how Bloomberg was down with the war.  He supported Israels incursion into Lebanon.  Bloomberg isn’t an independant he is a Republican or even a NeoCon-Lite.  That can’t be a good thing, can it.

Will Refusal To Eat Octopus Lead To Further Thinking About How We Treat And Eat Animals?

A few days back I had lunch at a Mexican seafood restaurant here in Houston. I looked at the menu and saw that I could order octopus. In the past I’d of ordered the octopus. I’ve had that dish many times. 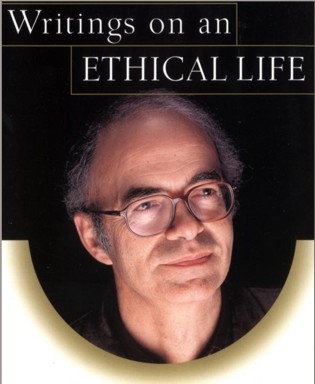 However, since I last had octopus I’ve seen some nature programs showing just how smart these creatures are. I saw an octopus in a lab leave its tank and slither over to another tank where some food was kept. Apparently the octopus is a curious creature. It will investigate and, seemingly, ponder things it encounters in the ocean.

I looked at the menu and felt a measure of revulsion at the thought of this smart creature being captured and killed.

I’ve been reading Writings on an Ethical Life by Peter Singer. Singer, a professor at Princeton, has written about globalization, euthanasia and animal rights. His book about globalization ,called One World, is excellent and stresses the equal value of all persons wherever they may live on the Earth.

In a chapter from Writings on an Ethical Life, Singer says the issue is not the intelligence of the animal, as I considered about the octopus, but simply the fact that the animal has a capacity to suffer.

Animal rights issues or becoming a vegetarian are not things at the top of my list at the moment. However, I was surprised at the intensity of my reaction to the octopus on the menu. Who knows where this line of thought may lead? We always have the capacity to see issues in a new light as we acquire new information.