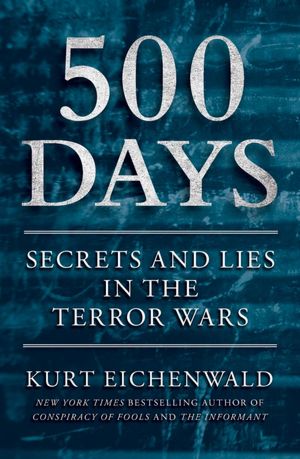 There are several themes developed in 500 Days. One of the most important themes is how the United States conducted the War on Terror. The War on Terror is multifaceted. It involves the military, the CIA, the FBI, the Justice Department, the State Department, the Border Patrol and the Department of the Treasury, just to name a few. This book discusses the decisions made in the immediate aftermath of 9/11 in order to try to prevent a second attack. George Tenet, director of Central Intelligence, was convinced tate 9/11 was the first in a series of attacks. The FBI and the CIA were convinced that there were sleeper cells here in the United States and abroad and that these cells were ready to act. Because of this, the Bush administration always felt that they were behind the eight ball. The Bush administration felt that they needed to catch up in order to prevent the next attack. END_OF_DOCUMENT_TOKEN_TO_BE_REPLACED