One of the things that I truly love (please read with sarcasm dripping from my typewriter/computer) about this latest tax plan is that unlike some of the tax cuts in the past, this tax cut is going to be partially paid for by increasing your taxes. The sheer brutality of this tax cut is unprecedented. This tax cut will increase the deficit. Where are all of those GOP deficit hawks??? 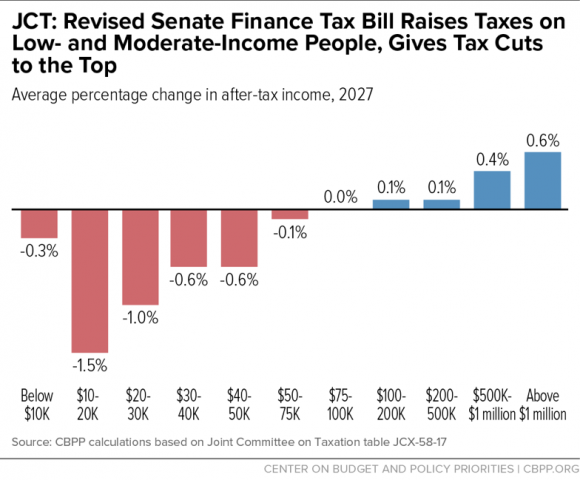 Finally, even these figures likely understate the degree to which the bill would leave many families worse off. Despite raising taxes on millions of Americans, the bill adds $1.5 trillion to deficits over ten years. When policymakers eventually offset the costs of these deficit-financed tax cuts, the same low- and middle-income families that see little initial benefit — or even face tax increases — from the bill would likely bear much of the burden in the form of cuts in programs on which they rely. That is, these families would likely lose more in health care, education, job training, and other services than they gain in tax cuts, while high-income households would likely remain large net winners.

Just because it looks as if the Keystone Pipeline is dead, don’t think that this fight is over. Some very powerful people stand to make tons of money for this project to simply die. It will be back, I promise.

For the second time in as many months, the Obama administration has rejected the Keystone XL pipeline—a hugely controversial project that would traverse the length of the country from Nebraska to the Gulf of Mexico, carrying heavy and dirty tar sands oil from deep in Canada.

You’ll recall that, following a summer of protests and civil disobedience, the administration announced in November that it was delaying the project for at least a year, until a less disruptive route around a key aquifer in Nebraska could be studied and proposed. (Many believe this delay would kill the project entirely).

But Republicans successfully revived the project during the end-of-year negotiations on the payroll tax cut and unemployment insurance. Democrats desperately wanted these measures, and the final bill included a provision that would force the State Department to issue a decision on Keystone within two months. (more…)

Oh, btw, I don’t buy the GOP argument that the pipeline would make 2500 or 100,000 jobs. Media Matters clearly shows how the media pumped up the jobs numbers. 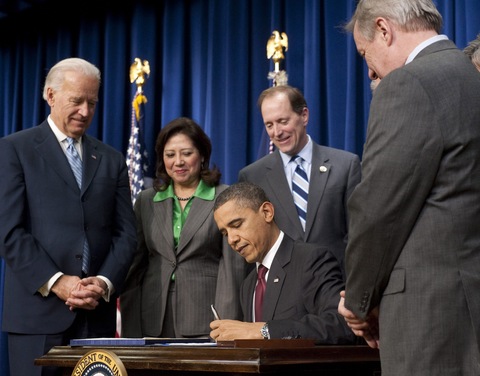 I’m at a loss for words…

President Barack Obama on Friday signed into law a bill extending Bush-era tax cuts and said he hoped the bipartisan spirit that had made it possible would help restore Americans’ faith in Washington.

Obama brokered the tax deal with Republicans over the objections of many of his fellow Democrats who said it was too generous to the rich, and U.S. lawmakers passed the $858 billion package of renewed tax cuts and more unemployment benefits near midnight on Thursday.

“This is real money that’s going to make a real difference in people’s lives,” Obama said. “That’s how we’re going to spark demand, spur hiring, and strengthen our economy in the new year.”

The bill was expected to provide at least a short-term boost to the U.S. economy and reduce unemployment, which remains near 10 percent. But it will also add to a $14 trillion national debt that some fear is nearing dangerous levels.