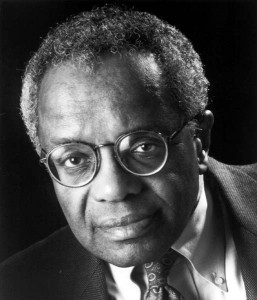 Over the last several days, I have tried to present what I believe is overwhelming evidence of systematic racism or suppression of minorities and the United States. We have looked at a broad number of categories in which minorities fall short of their white counterparts. If you’re going to assume that at birth everyone has approximately the same intelligence and mental capabilities, why is it that blacks and other minorities continue to underachieve? Could it possibly be that somehow the system is rigged? Could it possibly be that somehow there’s a conscious or subconscious effort to promote one race or class of people over another? After looking at all of this data, Derrick Bell has concluded that race does have something to do with this outcome.

So, what is Critical Race Theory? Derrick Bell describes it in his 1995 speech as “a body of legal scholarship, now about a decade old, a majority of members are both existentially people of color and ideology committed to the struggle against racism, primarily as institutionalized in by law. Those critical race theorists who are white are usually cognizant of and committed to the overthrow of their own racial privilege.” He goes on to say, “critical race theory writing and lecturing is characterized by frequent use of the first-person, storytelling, narrative, allegory, interdisciplinary treatment of the law, and the unapologetic use of creativity. The work is often disrupted because its commitment to antiracism goes well beyond civil rights, integration, affirmative action and other liberal measures.”

All of a sudden, critical race theory does not sound like some wacko liberal craziness. Instead, after we thoughtfully review the data, critical race theory sounds like an attempt to address decades, if not centuries, of racism. It basically recognizes that racism exists in the United States. It also recognizes that liberal attempts at reversing racism has, in many cases, failed. The goal seems to be to find another way to inform, enlighten and otherwise illustrate that we need to do something different if we want a different outcome.

The real tragedy, as I see it, is the trashing of Professor Derick Bell as some sort of racist and the deliberate mischaracterization of his work. Some in the mainstream media have made no attempt to actually explain his theory, but instead have gone out of their way to misrepresent his theory. They have played into white fear and black stereotypes. Their despicable behavior should be condemned with the strongest language.

You can learn more about the critical race theory here.

Thoughts? What have I missed?