Kick ’em when they are down 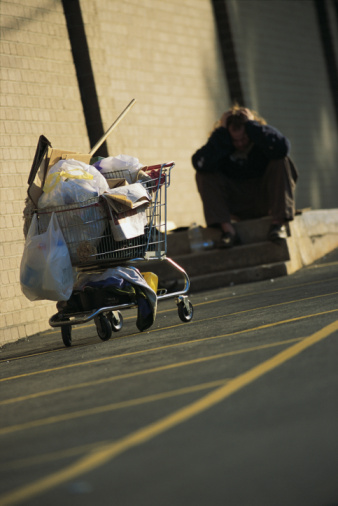 One of the core Republican beliefs is self reliance. This is key. If you are just motivated enough you can overcome anything. In fact, there is no data to support this fantasy. Conservatives continue, however, to push it. This is why you see conservatives flocking to Donald Trump, Arnold Schwarzenegger, Michael Bloomberg and Steve Forbes, just to name a few. Conservatives love the myth of the scrappy kid who, by virtue of nothing more than willpower, becomes a success story. Conservatives hate the idea that someone actually needed help to become successful. It makes their head spin. Almost everyone needs a break. Everyone needs that mentor who can open doors for them. So, this is why we see conservatives continuing to punish the poor for being poor (lazy). Poor in the eyes of conservatives equals lazy. This is why we see Republicans punishing the poor for being poor.

Several states in the last few weeks — including Michigan, Missouri, and Florida — have moved to cut or restrict unemployment benefits, even as long-term unemployment has failed to drop significantly for months. Joining the list is Utah, where the state senate president believes that denying benefits to jobless workers will force them to go back to work:

“It’s tax money, and people need to be weaned off of the government paying for everything,” Senate President Michael Waddoups, R-Taylorsville, said. Refusing to continue to extend unemployment benefits “is a motivation for people to get back to work.”

The state is also setting an example of self-sufficiency by not accepting the money, Waddoups said. “Someone has to start pulling back from the federal government somewhere,” he said.

As a result of the “Republican-dominated” legislature’s actions, 20,000 Utahans will lose their benefits. The unemployment rate in Utah is 7.7 percent, according to the latest data.

It’s bad enough that the Utah legislature saw fit to cut benefits even as the economy is still incredibly weak. But it did so based on the faulty premise that benefit cuts would lead people to work harder to find a job. Unemployment benefits, at roughly $290 per week, are hardly lucrative, and research by the San Francisco Federal Reserve has found that workers who qualify for UI benefits stay unemployed just 1.6 weeks longer than those who do not qualify for such benefits. (more…)