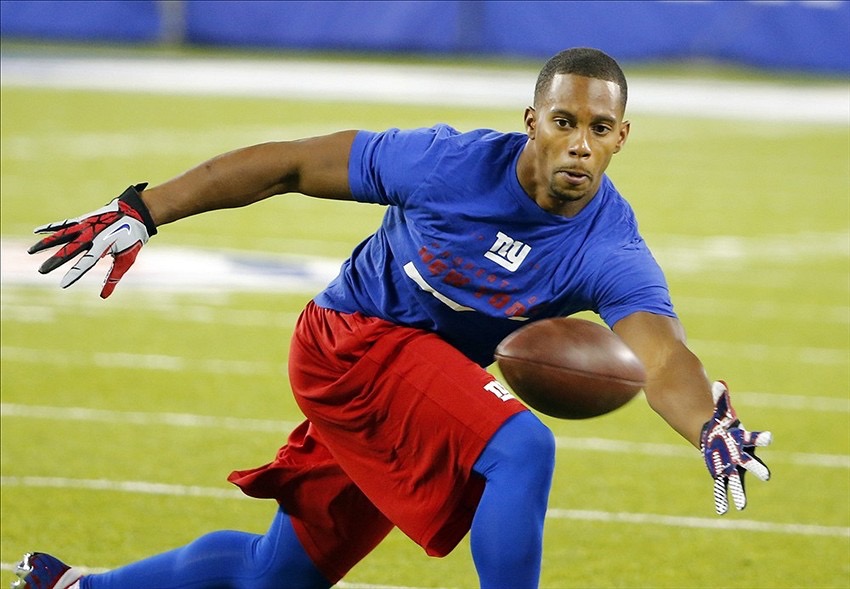 Now, today, we are going to see the good, the bad and the ugly of the NFL. 5 or 6 coaches seem to be on their way out. Chip Kelly is already gone in Philadelphia. I think that Jason Garrett is safe in Dallas. Tom Coughlin is out in New York. (I kind of feel sorry for him. Without JPP and Victor Cruz, whose career I think is over in the NFL, there was no way from him to really put a winning team together this year.) San Fransisco is a disaster. I have no idea what’s going on there. Chuck Pangiano is rumored to be leaving Indianapolis after being unable to get on the same page as the GM.

In order to win in the NFL, you need a quarterback who can throw strikes in the 4th quarter. You need an offensive line that can protect the QB. You need a running back who can get first downs in the 4th quarter and NOT fumble the ball. Finally, you need a group of receivers who know how to get away from press coverage and catch those high velocity strikes in tight windows. Finally, you need a defense that will bend but not break. Although this formula is easy to write down, it is hard to find the right personnel. Look at the Atlanta Falcons. They looked great for about 6 weeks this year. Then they fell apart. On the other hand, the Lions looked awful at the beginning of the year, then fired several coaches and played with fire the last 7 weeks.

I’ll type some more on the NFL this evening. For now, I’m going to sit back and enjoy an afternoon of football!

The trail to Osama Bin Laden

The world is an extremely complex place, filled with lots of nuance. Neither the right nor the left really has the correct narrative. One side wants to give President Barack Obama all the credit for tracking down Osama bin Laden. The other side wants to give President Bush all the credit. Neither narrative is true. One side wants to tell us that torture was completely vindicated by the death of Osama bin Laden. The other side wants us to know that torture had nothing whatsoever to do with the intelligence that led to the death of Osama bin Laden. In reality, the answer is probably somewhere in the middle. There is probably some shred of truth that some information came from torture or “enhanced interrogation techniques.” On the other hand, it is not clear if we’ve could’ve gotten that information in other ways. The same thing holds true for President Bush and President Obama. It is probably true that the changes that took place in the intelligence community laid the groundwork for the cooperation that we saw between special forces, the military, the FBI and the CIA. It is also true that President Barack Obama chose a team that can work together and get the job done. He was the one that authorized the team to go and get Osama bin Laden. He decided not to use predator drone strikes or a B-52 bombing raid. (I do not understand a spontaneous party outside of the former president’s house at one in the morning.)

While I believe in the rule of law, I also understand that Osama bin Laden is/was a killer. I understand that he murdered thousands of Americans and Muslims. I understand that, like Bonnie and Clyde or Pablo Escobar, he was not going to be taken quietly. He was not going to recite his own Miranda rights. I am completely comfortable with the president’s decision to kill Osama bin Laden. I also endorse the scrutiny and the questions about the legality of the president’s actions. I think this is a healthy debate. In the end, it doesn’t matter what other people decide. I know that if I were president, I would’ve authorized a strike on Osama bin Laden. Any president who wants to protect the American people would’ve made that decision. I understand. I think the American people understand. Now, let the lawyers figure it out.

Marcy Wheeler has a wonderful post on the trail of evidence that led to the killing of Osama bin Laden:

The AP has confirmed that intelligence leading to the courier that in turn led to Osama bin Laden came from Khalid Sheikh Mohammed and–as I surmised earlier–Abu Faraj al-Libi while in CIA custody. But partly because of the language AP uses to describe this–and partly because the wingnuts love torture–many are drawing the wrong conclusion about it. Here’s what the AP says:

Current and former U.S. officials say that Khalid Sheikh Mohammed, the mastermind of the Sept. 11, 2001 terrorist attacks, provided the nom de guerre of one of bin Laden’s most trusted aides. The CIA got similar information from Mohammed’s successor, Abu Faraj al-Libi. Both were subjected to harsh interrogation tactics inside CIA prisons in Poland and Romania.

Note what AP says: KSM provided the courier’s nom de guerre. The CIA got similar information from al-Libi. And they were tortured. The AP does not say torture led to this information.

Here’s what a senior administration official said last night about when they got the intelligence on the courier.

Detainees gave us his nom de guerre or his nickname and identified him as both a protégé of Khalid Sheikh Mohammed, the mastermind of September 11th, and a trusted assistant of Abu Faraj al-Libbi, the former number three of al Qaeda who was captured in 2005.

Detainees also identified this man as one of the few al Qaeda couriers trusted by bin Laden. They indicated he might be living with and protecting bin Laden. But for years, we were unable to identify his true name or his location.

Four years ago, we uncovered his identity, and for operational reasons, I can’t go into details about his name or how we identified him, but about two years ago, after months of persistent effort, we identified areas in Pakistan where the courier and his brother operated. [my emphasis] 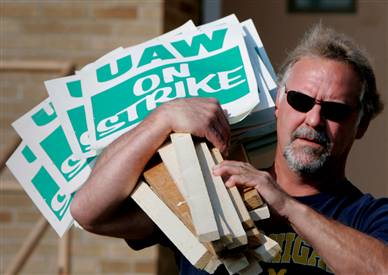 This could be big. It could be huge. This is going to dictate the direction of labor in this country for the next 20 years. I’ll have more on this soon.

In the end, the first nationwide strike against General Motors Corp. in 37 years came because the United Auto Workers want something that GM will find difficult to promise: Job security.

UAW officials said the 73,000 UAW members who work at about 80 U.S. facilities for the nation’s largest automaker didn’t strike Monday over what many thought would trip up the talks: A plan to shift the retiree health care burden from the company to the union. They said they also didn’t strike over wages. (more…)