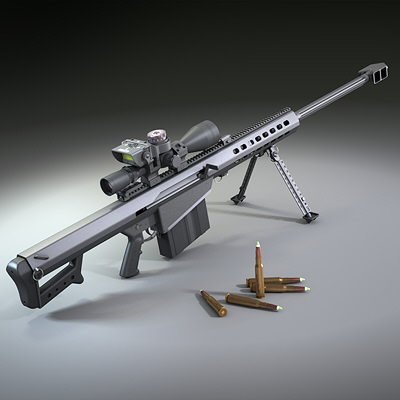 Barrett 50 Cal - this is a serious weapon

But it turns out there was another gun operation run by the Bureau of Alcohol, Tobacco, Firearms and Explosives years before, using the same tactics of allowing guns to flow illegally onto U.S. streets and into Mexico. This operation was conducted under the Bush administration’s Justice Department.

Dubbed “Operation Wide Receiver,” the case was run out of Tucson between 2006 and 2007 and involved hundreds of guns that were purchased by small-time buyers who transferred them to middle men who then passed them up the chain and into Mexico.

ATF’s new acting director, B. Todd Jones, when asked by The Washington Post, said that Operation Wide Receiver was launched out of ATF’s Phoenix division — the same field office that oversaw Fast and Furious. ATF has said that Fast and Furious was an attempt to track more than 2,000 firearms and link them to Mexico’s Sinaloa drug cartel.