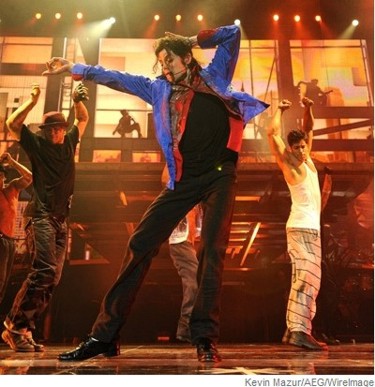 Katherine Jackson, Michael Jackson’s mother, has been given temporary custody of his three kids.

There’s been a lot of speculation over the last several days about Michael Jackson’s will. The will has been found. It should be filed later on this week. TMZ is reporting that Michael Jackson’s estate will be split between his mother, his three children and several charities. Most notably, his father Joe Jackson appears to have been left out of the will.

Ticket refunds are in the works for some of those who bought tickets to Michael’s comeback tour.

Exactly what caused Michael Jackson’s death is not clear at this moment. He was clearly “too thin,” which may suggest some sort of eating disorder like anorexia or bulimia. Drug abuse can also cause a person to be too thin. There is wide speculation that Demerol and other narcotics were found at Jackson’s house.

There appears to be planning for a public memorial at the Neverland Ranch. Is this going to be like Woodstock? Tens of thousands, possibly hundreds of thousands, attending this memorial service? There is also a private service that is being planned.

Michael might be worth at least $200 million, in spite of his huge debts.

I’m not going to talk about Michael’s children and the birth certificates because it is strange, very strange.  I will leave you (and this topic) with Michael and his brothers singing “Rockin’ Robin.”