My Love for AT&T Grows

For those of you who’ve been following my blog, I don’t need to explain my love for big corporations like AT&T. For those of you who just started following my blog or stumbled upon it in some Google-crazed click-a-thon, let me explain. In my opinion, large corporations are designed to efficiently suck money out of your pocket. That’s it. They do not exist to provide service. They do not exist to produce a product. The name of the game is relieving you from as much money as possible.

So, my local telephone carrier is AT&T. On Sunday I had a dial tone, but could not dial out and nobody could call in. So, on my cell phone, I called AT&T. I went through the automated menu and finally spoke to a real person (initially, I went to the Internet and after clicking through several screens and supplying the prerequisite information, which they should already have had, the AT&T website told me that they were unable to complete my request over the Internet and that I needed to call AT&T). The operator assured me that my phones will be turned back on by Wednesday. That was on Sunday. I’m not sure about you, but to me this seems like an unreasonably long period of time to be without your home phone. So, I did what I think everybody tries to do, which is to expedite service.

Fast-forward to this morning. I get a call from AT&T telling me that my phone service is back on. Hooray! END_OF_DOCUMENT_TOKEN_TO_BE_REPLACED 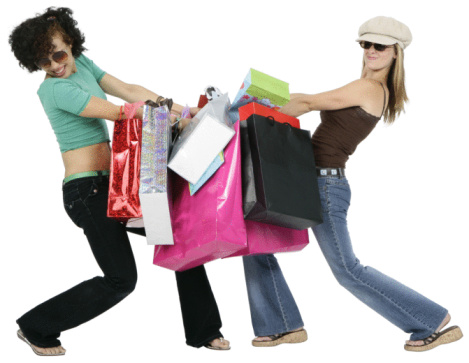 I just got home from the hospital. I have to drive by Toys “R” Us on the way home. The parking lot is packed. Several cars were actually parked on the lawn because there wasn’t enough room in the parking lot. I’m sorry, I simply just don’t understand. Why? Why would anybody stay up all night for this? For what? For a bargain, something that you don’t have to have? I think this whole thing would be different if they were standing in line for something like food. This isn’t food.

For some reason, we’ve been told that we have to have the “right of way” for our child. This is garbage. Children appreciate any thoughtful gift. I’ve been in toy stores. There are literally hundreds of gifts that you can give a child that the child would like. They don’t have to have the G.I. Joe with kung fu grip. They simply don’t.

The other problem is that we’re just spending too much money. We’re spending money we don’t have. Consumer debt is over $2.4 trillion. OMG!! Our saving rates are at historical lows. We should not have to go into debt in order to buy Christmas gifts. The only people who benefit from our going into debt are the big corporations. We don’t benefit. Our children don’t benefit. Stop the madness. There is no reason for us to go an elbow each other over toys. This is just ridiculous.

Had I written this only a couple of days ago, I would have been arguing for a single-payer system. I like the simplicity of a single-payer system and  I like the fact that insurance companies would be taken out of the loop. Finally, I love the idea of taking all of that money that was being used for administrative costs, used to deny claims and used to figure out who was or was not in the plan and use that money actually taking care of patients. I like the way that sounds. BUT… it will not work (I did more reading). The single-payer system should have a lot of upfront cost savings. The problem is that the savings from consolidation are not sustained over the long term. Also, in any system that has one payer in control of that much money, folks will figure out how to game the system. Then costs increase.

I have a problem with the way that physicians get paid. It seems to me that family practitioners and surgeons are different animals. The FP/internist seems to be positioned to really prevent problems. Surgeons intervene when problems occur. Should they get paid the same way? It seems that there should be different incentives for these two different groups of physicians. The FP/internist-type physicians should get paid to keep their patients healthy. Surgeons probably keep the system that we already have: fee for service.

Anyway, back to the overall program. I reluctantly think that any plan will have to be some type of hybrid. The single-payer system does not deliver the long-term savings and cost control that we need. Insurance companies need to be forced to compete. The basic plans that insurance companies offer must be the same and there should be no premiums for any American. No deductibles. Small co-payments. No one can be denied. Insurance companies can offer additional coverage.

There must be a government organization that oversees the insurance companies and runs this insurance exchange. A National Health Board. This is the centerpiece of the book Healthcare Guaranteed by Ezekiel Emanuel.  I think this is the most thoughtful and intelligent system I have come across. It seems to contain everything. Costs are controlled by a few mechanisms: competing insurance companies, encouraging physicians to push healthy lifestyles and forcing drug companies to keep costs down. Also, everyone is covered. Everyone still has choice. Many, if not all of the programs that help deliver healthcare today (Medicare, Medicaid and SChip) will be rolled into this new program overtime. What’s to complain about? (How to pay for it. More on that later.)