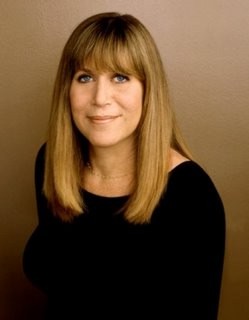 I’ll have more on my personal feelings later on this afternoon but Randi Rhodes was suspended from Air America. She wasn’t suspended for what she said on the air but it was an off-the-air comment she made.

Update: Most of these talk radio hosts are also entertainers. They go to local radio stations and help to bring out the folks. Randi Rhodes was doing just that when she was describing Geraldine Ferraro and Hillary Clinton. This was more of a stand up atmosphere. She wasn’t on the air. Everybody knows that Randi Rhodes says what is on her mind. She doesn’t pull punches. I’m not sure that she should have been suspended for her statements. If she was representing Air America she needs to apologize, otherwise can’t she say what she wants? For those of you who would like to point to Imus and ask what’s the difference? Imus was on the air. He was representing the station and the network. Randi Rhodes was not on the air. I’m not sure that she was representing Air America.

Anyway, I think that Randi should be reinstated.

Here’s what’s has been written –

Ms. Rhodes used vulgar language that likened Mrs. Clinton to a prostitute at an event sponsored by KKGN, the Air America affiliate in the San Francisco area, on March 22. A video of Ms. Rhodes’ remarks was published to the video-sharing Web site YouTube on Tuesday, prompting condemnations by some bloggers.

In a statement, Charlie Kireker, the chair of Air America, said the radio network “encourages strong opinions about public affairs but does not condone such abusive, ad hominem language by our hosts.”

The network called Ms. Rhodes’ suspension “indefinite” and did not elaborate on the fate of her daily three-hour radio show. “The Randi Rhodes Show” is normally broadcast from 3 to 6 p.m. weekdays. Sam Seder, another Air America host, was scheduled to fill in for Ms. Rhodes on Thursday.

On the video, Ms. Rhodes is also shown using derogatory language to describe Geraldine A. Ferraro, a former congresswoman and a supporter of Mrs. Clinton. Ms. Ferraro resigned from a committee of Mrs. Clinton’s campaign last month after making controversial remarks about Senator Barack Obama.

Earlier this year, David Shuster, a reporter for MSNBC, was been suspended because of comments he made about Chelsea Clinton. Mr. Shuster said Ms. Clinton had been “pimped out” to make calls to superdelegates on behalf of her mother.