(I wrote this for the Urban News this morning. Usually, I let the article come out in the Urban News before I post it here. So I looked for something else to write. I was/am truly drowning in Newt Gingrich’s tax proposal, which is really, really bad for America. So, I could post something on tax policy or …)

First of all, let me say Happy Holidays, Merry Christmas and Happy Hanukkah. If you observe Kwanzaa, have a joyous Kwanzaa season. For me, I love Christmas. Christmas is what Christianity is all about. It’s about the miracle of Christ. It is about the love and trust that Joseph had for Mary and the love that they both had for God. This is the season for love and altruism.

Our society is clearly based on our Judeo-Christian heritage, and the heart of Christianity is Jesus’s message of love and altruism. Our social safety net, based on that message, is all about helping those who are less fortunate than we are. Thus Medicare and Social Security are the biggest reflection of our love for our fellow man.

It should be no surprise to us that there are many in our society who hate these programs. They hated the programs from the moment they were conceived. They got physically sick when these programs passed Congress, and they’ve been fighting to end these programs ever since they were implemented.

Social Security was designed to help older Americans. It has been proven in numerous studies that Social Security has been extremely successful at preventing millions of older Americans from being completely impoverished. Yet there are conservatives who are working diligently to kill this program. Many years ago, Ron Paul argued that Social Security was a Ponzi scheme and that it needed to be phased out over time. President Bush, in 2005, wanted to privatize the program. Under his plan, we would pay into Social Security as we do now, but instead of the money going into a government account, it would go to Wall Street. Then we would have to choose among a dizzying array of financial products in order to make our money grow, while Wall Street would take its cut of every transaction we made.

Conservatives tried to sell us on the pipedream that we would be tens of thousands, if not hundreds of thousands, of dollars better off by investing our hard-earned money, through Social Security, in Wall Street. The crash of Wall Street in 2007 taught us two things: first, investing in Wall Street would have made the rich much richer, and, second, that our hard-earned money would have somehow gotten sucked up in risky investment tools like mortgage-backed securities, derivatives, and synthetic collateralized debt obligations. There would have been a giant sucking sound as our retirement savings were vacuumed up by Wall Street bankers.

The proposed privatization of Social Security was roundly denounced by the American people, but don’t think for an instant that the idea of getting rid of Social Security has gone away. Many Republican presidential candidates, including Rick Perry and the perennial Ron Paul, still want to end Social Security. In his book Fed Up! Perry rehashed the theme that Social Security is nothing more than a Ponzi scheme and that the system needs to be “changed.” That assertion reminds me of nothing so much as the VietNam-era general who testified that “…we had to destroy the village in order to save it.” When conservatives state that Social Security needs to be “changed” or made “secure for future generations,” for the most part they’re telling us they would like to (George W.) Bush the program.

Medicare is another altruistic program that is popular and successful, offering millions of Americans quality health care every year. Yet conservatives continually try to find ways to underfund, hamper, and kill this program. As with any program that’s been running for 45 years, it might be sensible to adjust details and tweak aspects of the program in order to make it more efficient, but this is not what any of the Republicans are talking about. They want to kill it, dead.

Ronald Reagan ranted against Medicare as a spokesman for failed presidential candidate Barry Goldwater in the 1960s, and the Republicans’ hatred for the program has not abated in the decades since. Former Massachusetts governor and Republican presidential candidate Mitt Romney, trying to find his mojo this month in response to Newt Gingrich’s recent surge in the polls, has embraced Paul Ryan’s disastrous budget plan to end Medicare. That plan would replace Medicare with a “voucher system,” whereby you would get a check from the government to help pay for a private insurance plan. As with Social Security privatization, the private insurers would take their oversized cut out of your medical care dollars, and out of your wallet, while the “government of the people” sat idly by and subsidized the insurers.

I think it’s disturbing when you have a major candidate of the Republican Party embracing the radical idea of ending Medicare.

I also find terribly distressing that any major candidate would embrace repealing child labor laws. One of the major reasons that we enjoyed economic prosperity throughout the 1950s and 1960s was that we had an educated workforce. As we look to the future, we need a workforce that is even better educated than our parents. In this competitive, global environment, only solid education will allow us to be more innovative.

As we embrace the holiday season, I encourage all of us to think of the values that make this season so special. We, as a people, believe in altruism, love for our fellow man, and helping those who are less fortunate than we are. I may be wrong, but I believe that children need to stay in school in order to give us a brighter future. I believe that Medicare and Social Security are not frivolous programs, but are the bedrock of our social safety net. These programs — along with such other safety net programs as the SCHIP insurance program for poor children, the WIC program to improve child nutrition, and Food Stamps which helps families put food on their tables — reflect our values as a nation. They need to be strengthened and improved, not weakened and dismantled.

Our Judeo-Christian values, our 235-year heritage as “we, the people,” and our very future as a great nation are at stake.

I wish you and your family a Merry Christmas and a Happy New Year.

Merry Christmas, where do we go from here? 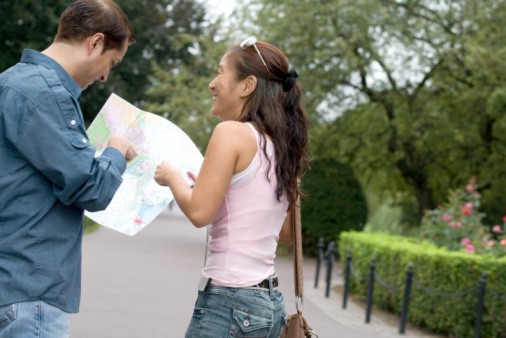 I have argued that we are living in a new era. We live in an era in which business recovers from economic disaster without creating significant jobs in the United States. If we look at big business, business is booming. Major corporations are looking to rake in record profits. Yet, the unemployment rate hovers just below 10%.

Over the past 20 years, business has learned to do more with less. There has been an emphasis on corporations being leaner and meaner. Many factory jobs have been shipped overseas. These jobs aren’t coming back. The factories that have remained have been upgraded, computerized and automated, therefore requiring less manual labor. So, in my opinion, it is foolish for us to think that as the economy “heats up” it will begin to hire millions of Americans. There are over 26.6 million Americans either unemployed or underemployed. This isn’t going to happen. The economy isn’t going to spontaneously began hiring millions of Americans. The government has to do something.

I think this is where the Democrats have screwed up their political strategy. They’ve been telling Americans that the economy is on the rebound. They’ve been touting numbers from Wall Street, yet middle America continues to hurt. We need jobs and we need jobs that are paying a living wage. The Democrats have basically taken air out of their own balloon by telling Americans that things are better and that things are turning around. Now, because things are “better,” there is no incentive on Capitol Hill for any major initiative to put Americans back to work.

The Democrats are stuck. Republicans seem to have momentum in doing nothing and implementing… Nothing. The unemployment rate will stay around 10% because nothing major will be done in the next two years. The Democrats have to figure out a way to fix this problem. If they can’t fix this problem, look for the Democrats to lose significant number of seats in 2012, including… The White House.

I’m sorry this is so depressing. I just want to be honest. This is what I see. 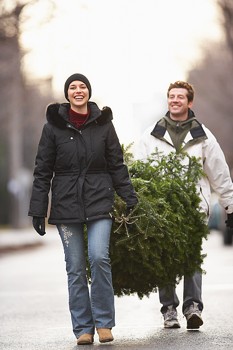 I wish everyone a Merry Christmas and very Happy Holidays.