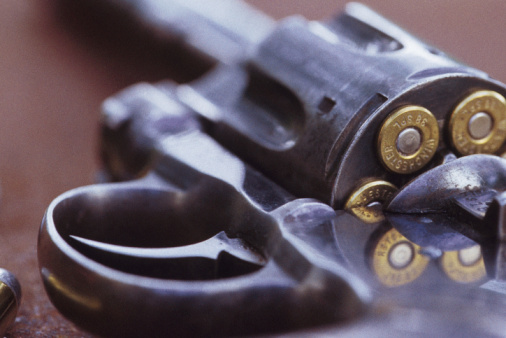 There was a time when the NRA wasn’t the voice of gun manufacturers. They were actually reasonable.

TODAY, THE NRA is the unquestioned leader in the fight against gun control. Yet the organization didn’t always oppose gun regulation. Founded in 1871 by George Wingate and William Church—the latter a former reporter for a newspaper now known for hostility to gun rights, The New York Times—the group first set out to improve American soldiers’ marksmanship. Wingate and Church had fought for the North in the Civil War and been shocked by the poor shooting skills of city-bred Union soldiers.

In the 1920s and ’30s, the NRA was at the forefront of legislative efforts to enact gun control. The organization’s president at the time was Karl T. Frederick, a Princeton- and Harvard-educated lawyer known as “the best shot in America”—a title he earned by winning three gold medals in pistol-shooting at the 1920 Summer Olympic Games. As a special consultant to the National Conference of Commissioners on Uniform State Laws, Frederick helped draft the Uniform Firearms Act, a model of state-level gun-control legislation. (Since the turn of the century, lawyers and public officials had increasingly sought to standardize the patchwork of state laws. The new measure imposed more order—and, in most cases, far more restrictions.)

Frederick’s model law had three basic elements. The first required that no one carry a concealed handgun in public without a permit from the local police. A permit would be granted only to a “suitable” person with a “proper reason for carrying” a firearm. Second, the law required gun dealers to report to law enforcement every sale of a handgun, in essence creating a registry of small arms. Finally, the law imposed a two-day waiting period on handgun sales. (more…)