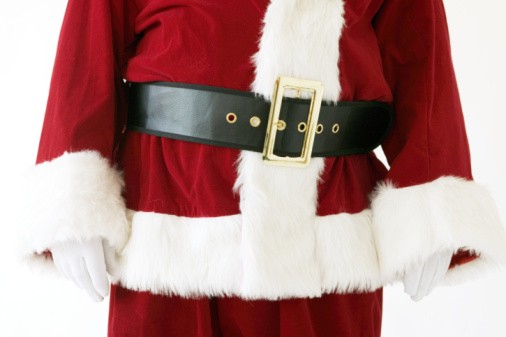 No matter what your religion, this is a time of year for happiness, togetherness and celebration. With more than 6.3 million Americans being unemployed for more than six months, it’s hard for me to generate a lot of happiness. The president’s deficit commission has put everything on the table in order to “balance the budget.” The Commission has proposed deep cuts to Social Security, Medicare and Medicaid as well as other programs. Republicans, along with some conservative Democrats, have decided that renewing unemployment benefits for millions of Americans should not be automatic but instead should be a bargaining chip to extend the President Bush-era tax cuts, including slashing the estate tax!

So, while you and I are focused on how to pay our bills, keep the lights on and put food on the table, the mainstream media is focused on the fact that Newt Gingrich believes that the Obama Administration is chaotic. Also, they want us to know that former Arkansas Governor Mike Huckabee has a beef with Sarah Palin. By the way, did you know that Bristol Palin was not forced to dance on Dancing with the Stars? Who cares? Why is any of this important? How does any of this help you and me?

We have real problems in this country. Our unemployment rate is 9.8%. Our economy continues to be on life support. We want jobs. Jobs are not produced by tax cuts. They simply aren’t. If we learned one thing from President Ronald Reagan’s trickle-down economics it was that it simply doesn’t work. According to the Economic Policy Institute, from 1980 through 1990 wages for the top 1% rose 80% to just under an average of $200,000 a year. During the same period, wages for the rest of us, the bottom 90%, rose only 3%. 3%! I won’t even mention that these tax cuts, combined with an increase in military spending, grew our national debt almost 200% during the eight years that President Reagan was in office. So, to prove that our experiment in Reaganomics was a complete and utter failure, we decided to repeat the experiment under President George W. Bush. The results were exactly the same. Incomes for the rich skyrocketed. Median income for the rest of us was basically flat. Trickle-down economics does not work unless you’re rich.

Cold hard facts are hard to find inside the Beltway. Somehow real data does not penetrate the Capitol. Our elected officials have been arguing over the Bush-era tax cuts for more than three months. Fiercely emotional arguments have been presented on both sides. Republicans have argued that the tax cuts are necessary to stimulate the economy, that they will create jobs. Democrats have argued that tax cuts for Rush Limbaugh, his rich buddies and Wall Street fat cats are ludicrous.

I think that you and I are missing the point. There seems to be universal agreement on Capitol Hill over corporate welfare. The financial sector has not had to lay off thousands of people. As a matter fact, in spite of a recession, the financial sector just racked up $19 billion in profits. According to Senator Bernie Sanders, the Federal Reserve gave away over $3 trillion in order to prop up ailing financial companies during the federal bailout. This is above and beyond the toxic asset relief program. This money wasn’t used to create jobs. Instead, this money was used to make Citigroup, Goldman Sachs, Morgan Stanley, to name a few, look better on paper. Congress has consistently given us a lump of coal in our Christmas stocking while giving Wall Street truck loads of gold. Can you or I get a direct cash infusion from the Federal Reserve? I don’t need a trillion or even a billion… just a few hundred million dollars directly injected into my bank account would go a long way toward me my having a very Merry Christmas.

We need the unemployment benefits renewed. We need jobs. My Christmas wish is that we can get Congress to act on both of these critically important legislative issues. Merry Christmas and happy holidays.