Closing arguments – Why I Continue to Support Barack Obama, Economy

President Barack Obama has led the country in truly trying times. It’s only been over the last 15 years or so in which our political discourse has deteriorated so much that it doesn’t matter what you say or how you say it. Fierce opposition will arise. Take, for example, a truly simple problem – the collapse of Chrysler and GM. This should have been an easy bipartisan fix. Sure, there are some folks on Capitol Hill who are the ultimate idealists and believe that government intervention is never the right answer. But there only a few of those true ideologues. There are some these idealists on both sides of the aisle. President Bush started the process of helping the auto industry by giving them a bridge loan until the new administration could take office. Barack Obama took this initiative and ran with it. Almost instantaneously Republicans were against it. From a truly economic standpoint, the collapse of GM and Chrysler would’ve been catastrophic to an ailing American economy. Instead of Americans being able to rally around one of our signature industries, this quickly dissolved into a huge fight. Suddenly we had the great big, huge government takeover of an industry. Barack Obama was painted by his opponents as a Marxist or a socialist because he did the sensible thing. GM, Chrysler and Ford are now back on the right track. Their loans are paid back. They’re more competitive than ever. Millions of Americans now have jobs because our government stepped up and stood up for the American people.

When Barack Obama took office our economy was shedding over 700,000 jobs per month. It was the worst economic nosedive since the Great Depression. For many Americans, the Great Recession came out of the blue. Most of us were unaware that our economic boom in 2005 and 2006 was standing on a very precarious foundation. The housing market collapsed. Millions were laid off. Great Wall Street firms were folding like a deck of cheap cards. First Bear Stearns. Then Lehman Brothers. Merrill Lynch, a household name, was pulled from the brink of extinction by Bank of America. The stock market was tanking. It was ugly. It’s only with 20/20 hindsight that can we step back and look at how close we came to a real, honest to goodness depression. In my opinion, we were this close to unemployment rates of 15%, 18% or even 20%.

Barack Obama decided we needed an economic stimulus. Many economists were talking about a stimulus that was somewhere in the neighborhood of 10% of GDP. That would’ve been $1.5 trillion. Christine Romer, chairman of the President’s Council of Economic Advisers, had $1.2 trillion as her starting point. By the time the plan bounced around the administration and before it got to Capitol Hill, the plan was trimmed to $800 billion. This price tag was simply too much for many conservatives in Congress. They went crazy. There’s no other way to describe their response. In order to win bipartisan support, the president and his advisers removed some of the stimulative projects and inserted tax cuts. They continued to insert tax cuts until they were able to get enough Republicans on board to pass the stimulus package. Let’s remember that not all government spending is going to stimulate the economy in the same way. In spite of the wrangling, the administration was able to get an economic stimulus passed. It wasn’t the best package, but it appeared to be enough to stop the economic free fall that we were in.

Over the last two years, our economy has been the little engine that could. Slowly but surely gaining momentum. Wages remain stagnant but we’ve seen an economy that has gained private sector jobs for 31 straight months. We’ve seen an economy that has gained over 100,000 jobs per month for the last eight months. Things are getting better. Consumer confidence is up. Home prices have stabilized and they are beginning to rise. New-home construction is improving. Things are getting better.

The reason I voted for Barack Obama (I voted early) is that, he has guided our economy from the depths of despair to today when all Americans can see that things are getting better. 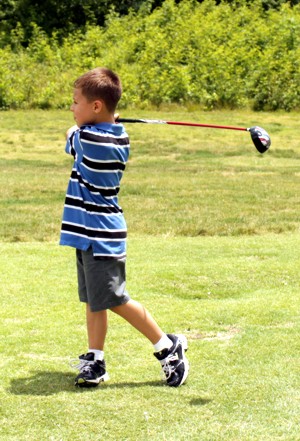 5 big statements of the week

I found this on Morningstar.com. I thought that it was worth commenting on.

I’d like to take a few moments and go over these five big statements of the week.