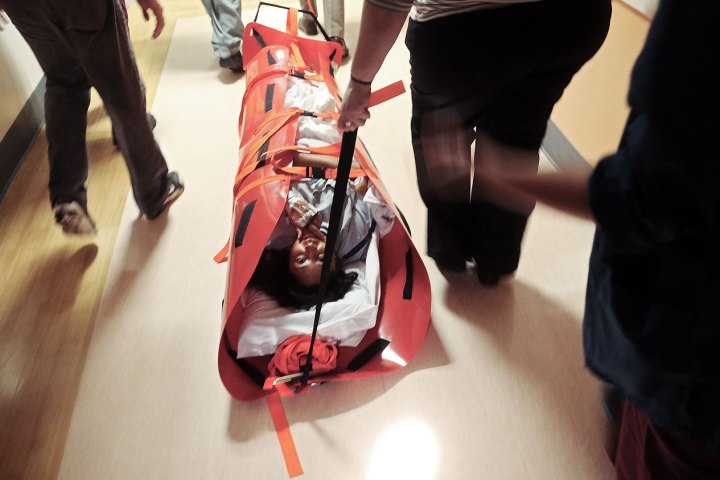 There are many lessons to be learned and studied from the disaster that is characterized generally as Hurricane Sandy. One of these lessons that I’ve been studying has to do with the two hospitals which were evacuated. One of the best articles that I’ve read so far was published in the New England Journal of Medicine. This is clearly worth a read.

For weeks, I’ve said that there really is no fiscal cliff. The heightened rhetoric that we’ve seen in the media by pundits and politicians can only be categorized as nauseating. First of all, Congress is already cutting $1.5 trillion in fiscal spending over the next 10 years. Secondly, non-defense discretionary spending is projected to fall to historically low levels if Congress does what it does best, which is nothing. All of the thoughtless yammering over the “devastating” impact of allowing the Bush tax cuts to expire is typical Washington hype. The percentage of small businesses which will be affected is minuscule. Yet, we are led to believe that hundreds of thousands of mom-and-pop businesses will instantly go belly up if the Bush tax cuts were allowed to expire. Horse hockey. I’m afraid that the Democrats on Capitol Hill seemed to have little or no capacity to articulate reasonable and thoughtful positions on the budget. Our argument has to consist of more than the fact that the wealthy can afford to pony up a little bit more money.

A complete Internet and cell phone blackout in Syria shows the extent that some governments will go to in order to suppress the free flow of information.

Once again, the “Stand Your Ground” law is in the news. It appears that a 45-year-old Florida man shot and killed Jordan Russell Davis over some loud music. From reports that I’ve read, it appears that Michael David Dunn approached Davis and his friends at a convenience store, asking them to turn their music down. An argument ensued and eight to ten shots were fired. Davis ended up dead. Michael David Dunn is claiming that he felt threatened and was therefore justified in using lethal force under the Stand Your Ground law. If you think aspects of this sound familiar, I think you’re exactly right. END_OF_DOCUMENT_TOKEN_TO_BE_REPLACED

It should be clear to everyone that our economic future is tied with the fortunes of Europe. This is a result of more than 20 years of deregulation and “opening up markets.” Capital flows freely because those on Wall Street have been pushing for the free flow of capital for more than three decades. A significant amount of our GDP, therefore, depends on Europe’s ability to buy our goods. Last night, the Greek Parliament agreed to bend over and take the beating that some in the financial community believe they deserve. Many of the Greek people, on the other hand, are not ready to take their beating.

Rioter being kicked by police

After violent protests left dozens of buildings aflame in Athens, the Greek Parliament voted early on Monday to approve a package of harsh austerity measures demanded by the country’s foreign lenders in exchange for new loans to keep Greece from defaulting on its debt.

Though it came after days of intense debate and the resignation of several ministers in protest, in the end the vote on the austerity measures was not close: 199 in favor and 74 opposed, with 27 abstentions or blank ballots. The Parliament also gave the government the authority to sign a new loan agreement with the foreign lenders and approve a broader arrangement to reduce the amount Greece must repay to its bondholders.

The new austerity measures include, among others, a 22 percent cut in the benchmark minimum wage and 150,000 government layoffs by 2015 — a bitter prospect in a country ravaged by five years of recession and with unemployment at 21 percent and rising.