I wrote this in February 2018 for the Asheville monthly newspaper – The Urban News. 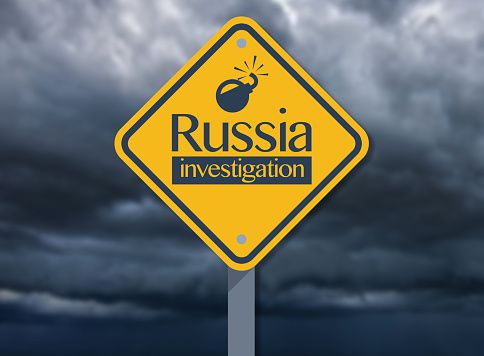 Does anything smell fishy to you? Since when have we become good buddies with Russia? Last time I checked, the Cold War was over. Yet, we had this uneasy peace with the Russians. There were high hopes in the 80s and 90s, once the Soviet Union fell, that we would become closer allies but that never really materialized. Suddenly, out of nowhere, there is Donald Trump. During the 2016 election, Trump began praising Russia. Let me say this again. Donald Trump, GOP candidate, continually had nice things to say about Russia and Vladimir Putin. Just let the strangeness of the situation wash over you for a second. This is like a black man praising the Ku Klux Klan for their insight on race relations and tolerance.

Russian Interference
I know that facts are kind of one of those ethereal things these days. Yet, there are facts. There are things that are known. We know that the Russian intelligence community tried to influence the 2016 election. In a joint statement the Office of the Director of National Intelligence and the Department of Homeland Security stated with high confidence that the Russian government directed coordinated hacking attacks with the intent on interfering with the US election. As a matter fact, the Obama administration suggested that there was evidence that these attacks went back as far as 2008.

Carter Page
Normally when you’re running a national campaign, you tap into people who have run national campaigns before… Not, if you’re Donald Trump. Instead, Trump appointed people who seem to make no sense and have no prior knowledge of how to run a national political campaign like Paul Manafort, former national campaign manager. Carter Page is one of these shadowy characters who never had strong political ties to the Republican or Democratic parties. He is a well-educated gentleman who did a fellowship on the Council on Foreign Relations. He worked for Merrill Lynch both in their London and Moscow offices. He had a hedge fund of some sort. Over the years, he had done a lot of business with Russia. Somehow, he is picked as a foreign policy advisor to Donald Trump. In September 2016, Carter Page took a meeting with some Russians (they were known Russian spies) who our government thought was suspicious and therefore he became a target for a legal FBI wiretap.

Steele Dossier
Christopher Steele, a former British intelligence officer, whose name sounds like he should probably be a dashing TV detective like Magnum PI or Remington Steele. Fusion GPS, a research firm of former Wall Street Journal journalists, hired Christopher Steele to develop this dossier on Donald Trump and the Russian government. Initially, the investigation was fueled by Republicans who were looking to dig up dirt on Donald Trump. Then it appears the Hillary Clinton campaign and the DNC funded the dossier to its conclusion. Although the dossier was widely circulated among news outlets in the fall of 2016, no one really picked up the story and ran with it. Basically, the dossier concluded that Trump had cooperated with the Russians for years. Secondly, Trump was vulnerable to Russian blackmail because of alleged sexual encounters with prostitutes at the Moscow Ritz-Carlton. There was a well developed conspiracy of cooperation between Trump and Russia which was managed by Paul Manafort, Carter Page and after Page was fired, Trump’s personal lawyer, Michael Cohen. The Steele dossier reads like a bad Tom Clancy spy novel. Many of its accusations have never been proven.

Devin Nunes and the Memo
California representative Devin Nunes, chairman of the United States House Permanent Select Committee on Intelligence, has released this “bombshell” intelligence memo. Of course, to add to the hype, the memo had to be approved for release by President Donald Trump himself. If anyone truly thought that this memo would clarify any of the things that I outlined above, I have some beachfront property to sell you at a low, low price (yes, of course, the land is in Missouri). The bottom line is that the memo is a bunch of gobbledygook. For people who have followed this Russian story, the Nunes memo is filled with inaccuracies. To me, the big thing about this memo is that it undercuts the GOP narrative that the Steele dossier was the main driving force behind the Mueller investigation into Russian interference into our election.

What does all of this mean?
Nothing, in the end, the Mueller investigation will continue. Republicans will continue to complain. Democrats will continue to be ineffective in their opposition. The stock market lost over 600 points on February 2 over fears of inflation and future rate hikes. The economy made over 200,000 jobs in January. Very few people mentioned the fact that wages seem to be going up a bit for the average American. Some corporations appear to be using Trump’s tax cut to close American factories. Larry Nasser, one of the worst human beings on the planet, has been sentenced to more than 175 years in prison secondary to sexual assault and abuse of dozens and dozens members of the US gymnastics team over a 15 year period. Just the other day, there were three separate school shootings throughout the country.

Pushing and pulling our country in the right direction is going to take hard work. The hard work starts now. We must find candidates with progressive values who can communicate with everyone. We find people who believe that the government used correctly can help Americans obtain their full potential. We elect officials that believe that there are serving the American people and not American corporations. We find candidates who believe in the Judeo-Christian heritage that love is more important, even stronger, than hate. Only then, can we push America to a brighter future.