State layoffs are holding the economy back

States are laying off workers like it is Halloween and they are getting candy for every worker laid off. More than almost anything else, states are now holding back our recovery.

State employment and unemployment data released today by the Bureau of Labor Statistics show that the continued lack of momentum in the national labor market is translating into sluggish job growth and slowly rising unemployment for the majority of states.

Job growth throughout the states over the preceding three-month period (April 2012 to July 2012) was mixed, with 32 states and the District of Columbia adding jobs and 18 states experiencing job loss.  However, even the job growth in states that gained jobs over this period was not strong enough to prevent increases in the unemployment rate for all but six of these states (California, Kentucky, Massachusetts, North Dakota, Ohio, Oklahoma and Utah) and the District of Columbia.

While nearly all states have added jobs and reduced unemployment over the past year, the most recent figures underscore the risk of letting the nation’s economy slip back into neutral.  Without action at the national level to accelerate lagging growth, state policymakers will face an uphill battle to bring down unemployment levels.

Let's Focus on the Economy 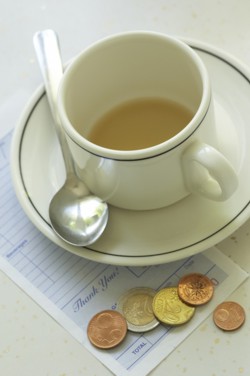 Some faction of the Republican Party seems to be fixated on budget deficits.  I’m not sure where these budget hawks were when Bush was handing out tax cuts like they were candy, but it sure would have been nice if several of them had stood up and said, “There’s no way to pay for these tax cuts.”  So, here we are in the middle of the worst economic crisis since the Great Depression.  What should we do?  Should we focus on the economy?  Or should we focus on deficits?

In my mind, we need to focus on one and then the other.  We need to create jobs, high-quality jobs which will put money in the pockets of average Americans.  Once Americans began to feel that they have a steady income and that their jobs are safe, they will begin to spend money.  Currently, our economy suffers from too much supply and not enough demand.  Once Americans began to spend money that will help decrease supply and spur business to begin to increase production again.

The experience of the 1990s provides an example of exactly this sort of story. In January of 1994 the Congressional Budget Office projected that the deficit in 1999 would be $204 billion or 2.4 percent of GDP. This projection incorporated the impact of President Clinton’s tax increase and spending cuts.

It turned out that there was a surplus of $125 billion in 1999, or 1.4 percent of GDP. This shift from deficit to surplus of 3.8 percentage points of GDP (equivalent to $540 billion in 2009) was not caused by further spending cuts or tax increases, it was caused by the strong economic growth of the period.

There is no guarantee that President Obama’s policies will be successful in restoring strong growth, but they are clearly a step in the right direction. If we have strong growth, then our deficits will be manageable. If the economy remains weak, the deficit will remain a serious burden no matter how much we raise taxes or cut spending.

Neither President Barack Obama nor I want to leave huge deficits for my old age or my kids or for their kids. As President Bill Clinton showed us, once we fix our economy, it has a great capacity to generate money which will help pay down the debt.