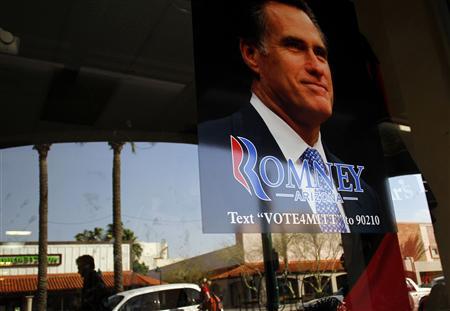 Today voters go to the polls in Michigan and Arizona. We’ve had 20 debates and over a year of campaigning for some candidates. Who would’ve thought that Michigan was going to be a key state? In 2008, Mitt Romney smoked his Republican competition. Since then, he came out firmly against the auto bailout. Yet, by all accounts, the auto bailout not only worked but worked fabulously well. So, instead of admitting a mistake, he and the other Republican candidates have doubled and tripled down on the Let Michigan Die, free-market rhetoric. If Mitt Romney loses Michigan, his home state, a state where his father was governor, his candidacy is in real trouble.

Could it be that Governor Scott Walker is resigned to the fact that he’s going to be recalled? He has declined to challenge signatures ahead of Monday’s deadline. It looks like the recall election will have a date set some time next week.

The deadly shooting in Ohio is such a tragedy. A second teenager has died. Once again, we are at a loss. I would caution everybody against overanalysis.

It takes a special kind of thief to scam a nun. Lowlife.

It appears that sleeping pills are associated with a fourfold increase in premature death. This details of the study can be found here.

Omega-3-fatty acids are associated with more brainpower and are shown to retard brain aging. I’m going back for a second helping of fish!

A new political action committee has formed in order to combat anti-choice legislators.

I’ll be the first to admit that I really do not understand gas prices. Back in 2007 and 2008, I interviewed some oil “experts” who talked about supply and demand and world supply and refinery production. They sort of really made sense. World demand has increased. This is clear. American utilization of oil has decreased dramatically over the last two years. Yet we have seen a steady rise in oil prices over that timeframe. Instability in the Middle East, in my opinion, has been the same for over the past 40 years. It is an unstable part of the world. Whether it is Iran, Saudi Arabia, Venezuela or somewhere else, some oil country is threatening to cut off the supply almost all the time. So what economic force can be conjured up to explain the recent spike in oil prices? Oil speculators? These are the guys with the, to quote Alan Greenspan, “irrational exuberance?” I should pay an extra 25 or 50 cents per gallon because these guys get a wild hair? A federal judge is looking into these oil speculators. Just to confuse matters even more, another expert is telling us that this oil price spike shouldn’t be that bad because other fuel prices are relatively low.

Canadian company decides to go ahead with the Keystone pipeline.

Internal workings of the German government may cause problems in the Eurozone bailout. You didn’t think that this would be easy, did you?

I’m not sure what that was at the Daytona 500. Texting during the race? Crashes. Then we had more crashes. Why race at night? Isn’t there better lighting during the day? Wouldn’t you want the best and fastest conditions for the best race in the US?

Thoughts? What stories are you following?

From the News and Observer:

Gov. Bev Perdue’s surprise announcement last week that she would not seek re-election left the party scrambling to find a nominee, creating a 100-day sprint to the May 8th primary. Lt. Gov. Walter Dalton jumped in Thursday. He was joined Saturday by state Rep. Bill Faison, who announced his candidacy in Greensboro.

But what about Erskine Bowles, the former White House chief of staff and UNC system president? He wasn’t in Greensboro, but he was said to be considering the race.

“I think Erskine would be a very formidable candidate,” said state Revenue Secretary David Hoyle. “I think the business community would fall in love with that. He would be the Republicans worst fear.” (more…)

Elizabeth Warren is running for Senate in Massachusetts. I simply love Elizabeth Warren. The professor is smart. She’s thoughtful. The biggest question I have about her candidacy is whether she can be tough in the trenches. Politics is a tough business. Will she be able to throw elbows when necessary? From time to time on this blog, I will endorse a candidate who I feel will represent the American people and fight for the middle class. My endorsement comes with more than simply lip service. I am sending a cash donation to her campaign – today.

Creating jobs is key to our recovery. I simply don’t understand how giving corporations, already fat with corporate profits, more tax breaks is going to give them incentive to create jobs. I think it is clear that many of these corporations have created jobs overseas but have not done so here in the US. Gov. Rick Perry has been touting his record for job creation. Unfortunately, he’s creating a bunch of minimum wage jobs. A review of the data reveals that he has doubled the number of minimum wage and low-wage workers (making less than minimum wage) since 2007. We need to create quality, living wage jobs.

The American Society of Pediatrics releases a statement which corrects the false and misleading statements that come out of the mouth of Michele Bachmann. While there is so much misinformation coming out of the Republican debates, Michele Bachmann seems to lead the charge. Her recent statement that the human papilloma virus (HPV) vaccine causes mental retardation is simply a scare tactic. There are no data in the literature to support this. None. There are lots of valid reasons for opposing a “mandatory” vaccine. Personally, I support the vaccine because it saves lives. This vaccine can potentially save over 4000 women a year from dying from cervical cancer.

One of the things that I found most interesting about us Americans is that we can hold diametrically opposite views at the same time. We can go to church on Sunday and we can read the Bible. We can believe that we are our brother’s keeper. We can believe in recycled passage that we should love our brother as ourselves. Yet, we can somehow also believe that a person dying on a ventilator without medical insurance who has a treatable disease should be unplugged. I don’t get it. Yet Tea Party supporters actually shouted during a recent CNN debate, “Let him die.” Ironically, one of Ron Paul’s chief strategists Kent Snyder died recently. He was uninsured and broke. Ron Paul’s answer to health care reform is to let churches and charities chip in and help out. It sounds nice. But in actuality churches do not have the resources to support over 50 million Americans without health insurance. Kent Snyder’s friends have donated over $40,000 towards his $400,000 medical bill. This is an excellent example of how charity can and does fall short.

Five things that the Tea Party will cheer for. Yuck.

Bank of America is fined for firing a whistle blower. This guy informed investigators of the widespread fraud in Countrywide. He was fired? He deserves a Medal of Freedom!

New evidence reveals that News Corp directors knew of the US hacking over a decade ago.

As soon as I saw that solar power company Solyndra went under, I knew that the sharks would be circling. The $535 million taxpayer loan is plenty of reason for us to question the wisdom of lending them money. Now, there is the finger pointing. Did the administration push the loan through without the “proper” review? I think that everything should be reviewed but that we must not lose sight of the purpose of government loans. The government needs to take big gambles in the name of the American people. We need to push the envelope. If business were going to support these long shots they would have already, but business is always going to lean toward safe and trendy.

Paintings of banks on fire are selling like, well, hotcakes.

What’s on your mind today?