If we want capitalism to work we have to provide it the appropriate framework. We found out in the 1880s and 1890s that unbridled capitalism corrupts our government and subjects our population to ridiculously low wages and no hope of opportunity. It is well documented how corporations simply bought politicians. Now, the buying of politicians is more subtle. It’s called campaign contributions. It’s called cushy executive posts when you retire from Congress. Smart, enforceable regulations are required to keep business working for us. We cannot have disasters in the Gulf. We cannot have nuclear reactors melting down, for any reason. We cannot have our environment destroyed because business tried to cut corners.

The New York Times reports that G.E. marketed the Mark 1 boiling water reactors, used in TEPCO’s Fukushima Daiichi plant, as cheaper to build than other reactors because they used a comparatively smaller and less expensive containment structure.

Yet American safety officials have long thought the smaller design more vulnerable to explosion and rupture in emergencies than competing designs. (By the way, the same design is used in 23 American nuclear reactors at 16 plants.)

In the mid-1980s, Harold Denton, then an official with the Nuclear Regulatory Commission, said Mark 1 reactors had a 90 percent probability of bursting should the fuel rods overheat and melt in an accident. A follow-up report from a study group convened by the Commission concluded that “Mark 1 failure within the first few hours following core melt would appear rather likely.”

Keith Olbermann will be back on the air tonight. He isn’t the second coming. He is a good commentator. That’s it.

A STATEMENT TO THE VIEWERS OF COUNTDOWN
by Keith Olbermann

I want to sincerely thank you for the honor of your extraordinary and ground-rattling support. Your efforts have been integral to the remedying of these recent events, and the results should remind us of the power of individuals spontaneously acting together to correct injustices great or small. I would also like to acknowledge with respect the many commentators and reporters, including those with whom my politics do not overlap, for their support.

I also wish to apologize to you viewers for having precipitated such anxiety and unnecessary drama. You should know that I mistakenly violated an inconsistently applied rule – which I previously knew nothing about – that pertains to the process by which such political contributions are approved by NBC. Certainly this mistake merited a form of public acknowledgment and/or internal warning, and an on-air discussion about the merits of limitations on such campaign contributions by all employees of news organizations. Instead, after my representative was assured that no suspension was contemplated, I was suspended without a hearing, and learned of that suspension through the media.

You should also know that I did not attempt to keep any of these political contributions secret; I knew they would be known to you and the rest of the public. I did not make them through a relative, friend, corporation, PAC, or any other intermediary, and I did not blame them on some kind of convenient ‘mistake’ by their recipients. When a website contacted NBC about one of the donations, I immediately volunteered that there were in fact three of them; and contrary to much of the subsequent reporting, I immediately volunteered to explain all this, on-air and off, in the fashion MSNBC desired.

Running late as usual this morning. 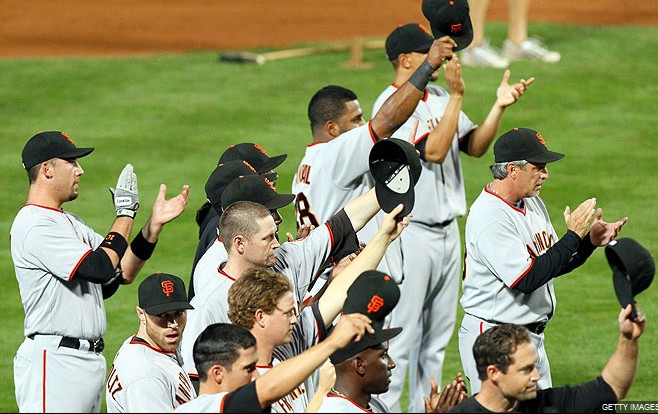 You got anything to add?