I think that President Obama did an excellent job in acknowledging that both parties could have handled this better (Professor Gates and the Cambridge police). Of course, he could have “calibrated those words differently.”

President Obama just made a surprise appearance at the daily White House press briefing, taking over the podium from Press Secretary Robert Gibbs to make a few comments about the hullabaloo over the arrest of Harvard professor Henry Louis Gates Jr.

“These are two decent people,” Obama said. He said he spoke by phone with Sgt. James Crowley, the arresting officer, which he said confirmed his idea of Crowley as a good, decent police officer.

But, he said, African-Americans are sensitive to racial issues. “Even when you have a police officer that has a fine track record on racial sensitivity,” he said, the interaction was “fraught with misunderstanding.”

“My hope is this ends up being a teachable moment,” Obama said.

As for those who criticized the president for getting involved:

There are some who say as president I shouldn’t have stepped into this at all, (which) I disagree with. The fact that this has become such big issue is indicative of fact that race is still a troubling aspect of our society.

“Whether I were black or white, I think me commenting on this and hopefully contributing to constructive, not negative, (discussion) … is part of my portfolio,” Obama said.

As for the teachable moment, he said we need to spend “a little more time listening to each other, and focus on how we can generally improve relationships between police officers and minority communities.”

He also said Crowley suggested that he, the president and Gates meet over a beer in the White House. Obama said it hasn’t been scheduled, but seemed open to the idea.

Crowley apparently asked Obama how to get reporters off his lawn.

“I informed him I can’t get the press off my lawn. He pointed out my lawn is bigger than his lawn,” he said, to laughter from the press corps. “Sgt. Crowley would be happy for you to stop trampling his grass.”

Obama also joked that no one’s been paying much attention to health care because of this story.

Rachel Maddow talks with Professor Melissa Harris Lacewell about this ordeal. What does this say about the President and what does it say about us as a country. 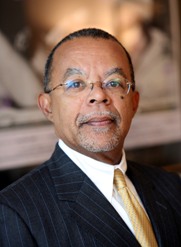 Over the last month there have been a number of stories that have reminded Americans that we still have some racial issues in this country. Pat Buchanan, Newt Gingrich and other conservatives took a racial view of Sonia Sotomayor. In Philly, there was the pool incident that got national attention. Now, we have nationally known Harvard professor, Henry Louis Gates, who gets back from a trip to China and can’t get into his own house. He tries to break in and his neighbor calls the cops. He reportedly shows his license and his Harvard ID. Here’s where his story deviates from the police’s version. The cops want more information. He says something. They think that he is belligerent and arrest him.

So, internationally known author and professor at Harvard is arrested at his own home for talking. Is this what we are looking at here? Really?

The Boston Globe has more:

Harvard professor Henry Louis Gates Jr., one of the nation’s pre-eminent African-American scholars, was arrested Thursday afternoon at his home by Cambridge police investigating a possible break-in. The incident raised concerns among some Harvard faculty that Gates was a victim of racial profiling.

Police arrived at Gates’s Ware Street home near Harvard Square at 12:44 p.m. to question him. Gates, director of the W.E.B. Du Bois Institute for African and African American Research at Harvard, had trouble unlocking his door after it became jammed.

He was booked for disorderly conduct after “exhibiting loud and tumultuous behavior,” according to a police report. Gates accused the investigating officer of being a racist and told him he had “no idea who he was messing with,” the report said.

Gates told the officer that he was being targeted because “I’m a black man in America.” (more…)

Boris Kodjoe owns a mansion in Atlanta. But when he goes to answer his door, the black actor knows what it’s like to be an outcast.

“When I’m opening the door of my own house, someone will ask me where the man of the house is, implying that I’m staff,” said Kodjoe, best known for starring in Showtime’s “Soul Food.”

It’s a feeling some African-Americans say is all too common, even to this day in America: No matter your status or prominence in society, you’re still typecast. That’s why the recent arrest of Henry Louis Gates Jr., one of the nation’s most prominent African-American scholars, has stirred outrage and debate.

Jelani Cobb, an author and professor at Spelman College in Atlanta, says it’s troubling on many levels when “one of the most recognizable African-Americans in the country can be arrested in his own home and have to justify being in his own home.” (more… )

Very nice editorial in the Boston Globe.  High five and congrats to them.  Here’s the best part (emphasis is mine):

Gates told the Globe yesterday that the report is full of the officer’s “broad imagination.’’ Once the officer established that Gates was indeed standing in his own home, the encounter should have ended. Objecting to an officer’s presence in one’s residence should hardly be grounds for arrest.

Still, confrontations with police seldom end well, even if officers are in the wrong. If Gates believed he was being treated discourteously, he could have filed a complaint with the police department’s section for professional standards. Ultimately, though, it was the officer’s responsibility to de-escalate the situation, even by walking away. Police are trained specifically to ignore verbal provocations that come their way. (more… )