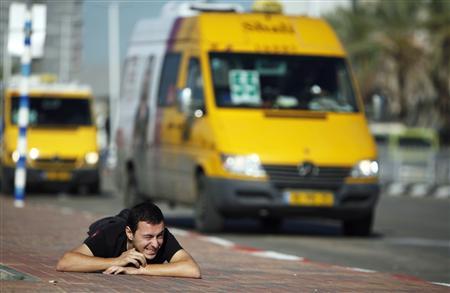 Can somebody please tell me what’s going on in Israel and the Gaza Strip? I don’t understand why Hamas is lobbing missiles into Israel. The only reason that I can possibly think of would be that they’re trying to provoke a military response from Israel. They think they have something. I don’t know what it is. Maybe a new weapon – chemical, biological or nuclear? Maybe they have thousands of troops that have now been trained? I don’t know. The whole thing doesn’t make sense. (Look for the neoconservatives to start blaming Obama for the violence in Gaza. The reason that there is violence in Gaza is because Barack Obama has refused to lead on the Israeli-Palestinian issue. I guarantee you that’s gonna be there line of reasoning.)

Dell Computers’ third-quarter profit has dropped by 47%. Surprised? Just the other day I was talking to a friend of mine and I told him that for years I was buying two or three new computers every year. If I wasn’t buying one for myself I was buying one for my wife. One year I bought a desktop and the following year I bought a laptop. If I wasn’t buying a computer for myself, my wife or my daughter I was buying one as a present for my mother, my father, one of my siblings. I simply don’t do that anymore. My desktop computer is approximately 18 months old. I bought all the components to the computer online and got a local computer guru to put everything together for me. My computer’s fast as lightning. It cost me $700-$800 less than a comparable computer from Dell or Hewlett-Packard or any of the major brand names. Things changed. Dell needs to change or they’re in serious trouble. Tablets have been out for a while. Does Dell have a tablet that rivals the iPad? I didn’t think so.

The US Post Office is in financial trouble, again. Look for conservatives to smile and pounce.

I didn’t know that black people didn’t vote. Was there a meeting that I’d missed?

From the financial sector: Inflation does not seem to be a problem at least it wasn’t in October. Ben Bernanke, Federal Reserve Chairman, basically believes that lending standards have become too tight. The housing market is still problematic. Real income has fallen.

Walmart is in trouble. There’s a federal investigation into suspicions of bribery; not only in Mexico, but also China, India and Brazil. END_OF_DOCUMENT_TOKEN_TO_BE_REPLACED