Inequality is up, way up

The analysis found that inequality has risen not just in plutocratic hubs such as Wall Street and Silicon Valley, but also in virtually every corner of the world’s richest nation:

I have been one to caution students on education. Education is great, but you have to focus more than ever. If you would like to teach 8th graders but you want to get your PhD in education from Harvard, you might want to re-think your plan. Four years of college followed by a Masters and then a PhD at Harvard will cost well over 200,000.  The average teacher salary is about $42,000. It will take forever to pay that off. On the other hand, majoring in education at a good in-state school should cost less than $25,000. Now that can be paid off in a reasonable amount of time. My point is to carefully think through your opinions. 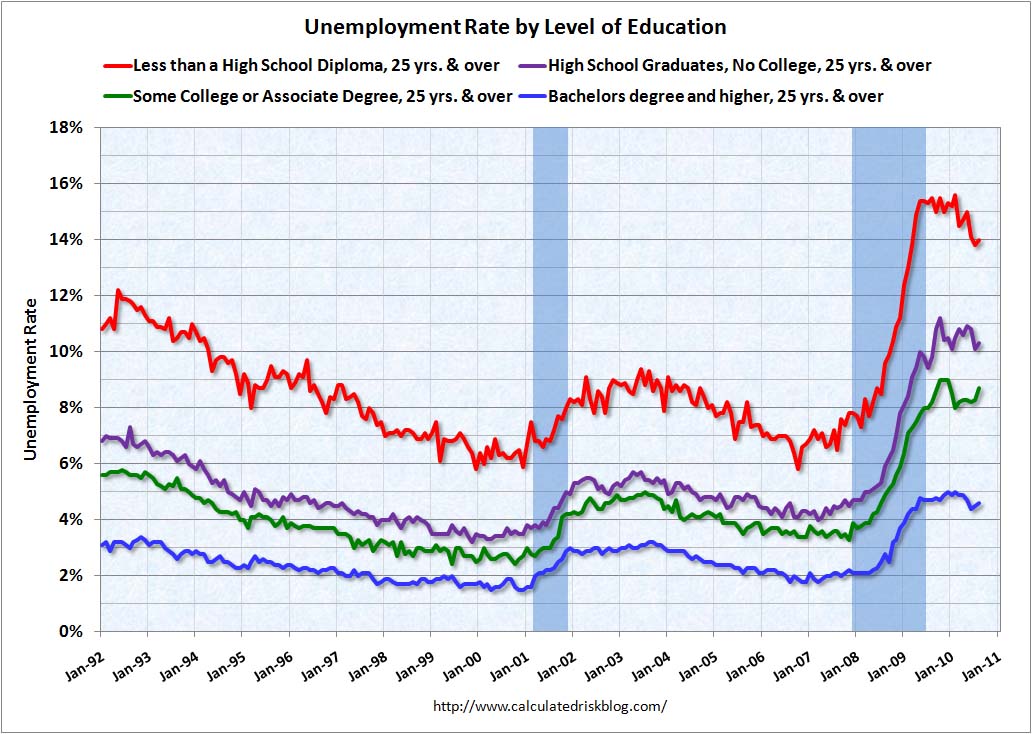 This graph shows the unemployment rate by four levels of education (all groups are 25 years and older).

Note that the unemployment rate increased sharply for all four categories in 2008 and into 2009.

Unfortunately this data only goes back to 1992 and only includes one previous recession (the stock / tech bust in 2001). Clearly education matters with regards to the unemployment rate – but education didn’t seem to matter as far as the recovery rate in unemployment following the 2001 recession. All four groups recovered slowly.

So far this year, the group with “less than a high school diploma” has recovered a little better than the more educated groups – although the unemployment rate increased for all four groups in August. 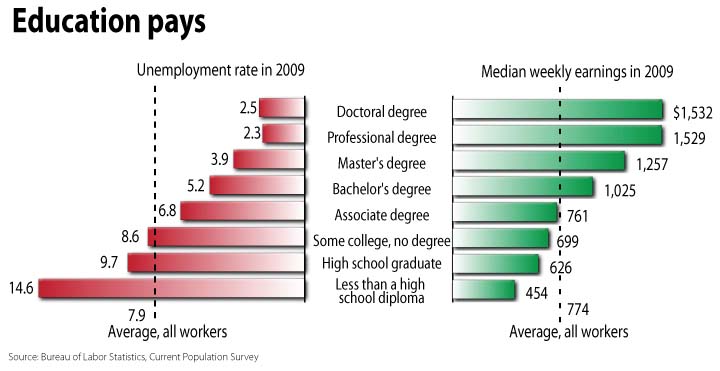 And here is a graphic from the BLS based on 2009 data: Education pays …

This shows the unemployment rate and the the median weekly earnings by eight levels level of education.

The higher the education, the lower the unemployment rate – and the higher that median weekly earnings. Of course that doesn’t necessarily mean that “education pays”, because there is also a cost (both the actual cost and the opportunity cost), but in general education probably does pay (besides it is fun to learn).