My first two installments are here and here. Let’s continue.

When did it make business sense not let the economy collapse? Sometimes it is mind-boggling that conservatives ask these questions. Let’s go back. The U.S. economy was in freefall. Because of complex derivatives, credit default swaps, CDOs and other exotic financial tools, our banks are more interconnected than ever. It turns out that almost 1/4 of the banks in the United States own stock in Fannie Mae and Freddie Mac. You don’t have to be a financial genius to figure out that if some of these banks have borrowed against these stock holdings, they are in trouble. The question is, what would be the intelligent way to stabilize small banks? Conservative ideology would tell you to let the market sort it out. Translation: let millions more Americans lose their jobs, let the credit markets seize up and convince Americans this is all for their own good. Or, intervene, stabilize the markets, stabilize the small banks and mitigate the suffering and loss for the American people. One way can keep Americans working and the other invites a second Great Depression.

When did it become fiscally responsible to have to borrow just to pay interest on the national debt? Where’ve you been? Republicans haven’t been fiscally responsible since before Nixon. The interest on our national debt in 1988, the last year of the “Great Communicator” was $214 billion. Where was your outrage then? When George H. W. Bush and then George W. Bush, the sequel, never presented a balanced budget to Congress, where was your outrage?  I guess it became okay to let China buy our debt when it became okay to go to war over oil. A war that we never budgeted for, never decided to sell war bonds to pay for. Where was your outrage… then? I have a huge problem with this selective financial argument. Look, if you want to be financially responsible then let’s have an honest discussion on how D’s and R’s aren’t getting it done. If we are going stand around and fear-monger, then I don’t have time for that. Sorry.

How about a history lesson? In the 1960s the top marginal was 91%. Now, it is 35% for federal income tax. Yet, conservatives whine and whine about how they are paying too much. Under President Clinton the rich did pretty well. I don’t remember hearing about rich people deciding not to work because they didn’t want to pay the 39% income tax. Do you? So now that we have given billions of dollars to the rich without paying for the tax cuts, we are asking for them to pay a little more. That’s the crime? Give me a break. Back to history, remember Teddy Roosevelt? He said, “A man who has never gone to school may steal from a freight car; but if he has a university education, he may steal the whole railroad.” This is clearly a dig at the railroad monopolies. He also said, “This country has nothing to fear from the crooked man who fails. We put him in jail. It is the crooked man who succeeds who is a threat to this country.” This is a big swipe at the rich. So, any student of history should be able to give the author a nice list of patriotic Americans who didn’t stand up for greed.

The second question is once again a clever way of dancing around the problem and trying to get an emotional response. Obama didn’t wake up one morning and look in the Wall Street Journal and ask himself, “What industry should I take over?” How about a million more Americans out of work? How about the employment rate in the 13 – 15% range? Obama thought that would be bad. He thought that GM and Chrysler should be saved, saving millions of jobs along with them.

Update: So, how has this experiment in progressive government worked out? The liberal rag, the

(may need a subscription to open), called the plan Capitalism at work. A plan to buy a failing company, restructure then re-sell the company. I wonder if capitalists have ever done this. Hmm, only about a thousand times in the ’80s and ’90s when that was a very popular Wall Street strategy. GM has repaid over $8 billion and has filed to go public. They are making a profit. Chrysler has announced that they are planning their first in a series of IPOs in late 2011.

So, the government has propped up two large American companies and plans to slowly decrease its stake in both companies over the next few years as they become more profitable. What’s the issue with saving American jobs that conservatives hate so much?

On a conservative blog I found the following list of questions – 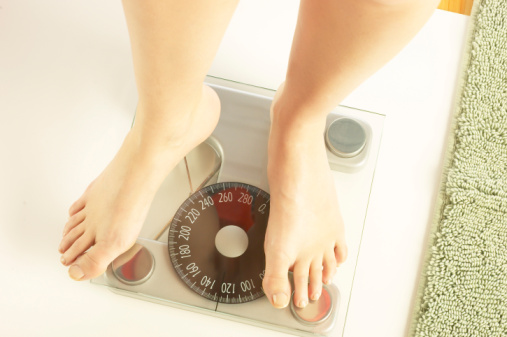 I’m going to attempt to answer a few these questions today and I’m going to leave a few of them for later on. Let’s look at the first question, when did the government try and take over what we eat? As far as I know this never happened. I guess what the author is referring to is the fact that the government is suggesting that we eat healthier. Isn’t it in our government’s best interest for its citizens to be healthier? Doesn’t it cost all of us more if we can’t curb the costs of Medicare and Medicaid? The answer is of course. Instead of honestly looking at the question, the author is posing this as some sort of invasion of personal rights, an extension of the government into our private lives. The food pyramid been around for over 20 years. The food pyramid replaced “food groups” which are classified by types and nutrition. This has been around since the 1980s, yet the author of this question seems to be pointing a finger at President Obama for designing something so intrusive. Nothing could be further from the truth. Conservatives jump up and down about government spending but when progressives try to do something about the rising costs conservatives will have none of it.

Let’s look at the rising cost of obesity. According to the CDC, Americans spent $92.6 billion in 2003 on obesity and obesity-related illnesses. This would include diabetes, hypertension, cardiovascular diseases, strokes, renal failure, skin infections, loss of eyesight (in relation to diabetes) and many other diseases. Multiple studies have clearly shown that prevention costs significantly less than treatment. So, let me ask the question again. Why wouldn’t it be in our best interest for all of us to eat healthier?

Many of us do not see the problem in our society. I would say that the problem is rampant and then relate the tale of one single patient whom I took care of some years ago. She and her family had been out on a boat and got severely sunburned. The four-year-old daughter, who was sunburned basically from head to toe, was morbidly obese. I placed the child in the hospital for pain control and care of her burns. I sent pediatrics to see the patient and to counsel the family on nutrition. The pediatrician asked the mother if she ever fed her child any fruit. The mother replied, yes, enthusiastically. She then went into her purse and pulled out a fruit rollup. Now, before you roll your eyes, go out to your local mall and just sit down on a bench and watch the crowd. What percentage of kids are obese? I’m not talking about kids that are just a little chubby. I’m talking about obese. We have to fix this. BTW, do you think that this patient’s family could benefit from some nutritional information?

The second part of the question is simply sad. The question is – when did the government began to try and take over what we eat and what doctor we use? What doctor we use? The government has never tried to tell us which doctor we use. Never. This is been reiterated over and over during the health-care debate by both President Obama and others who are pushing for reform. You can choose your own doctor. Quoting from HealthCare.gov – “You select the doctor: The new rules permit you to choose any available participating primary care provider as your doctor and to choose any available participating pediatrician as your child’s primary care doctor.”