My Broken Samsung TV, how corporations force you to buy new (Update) 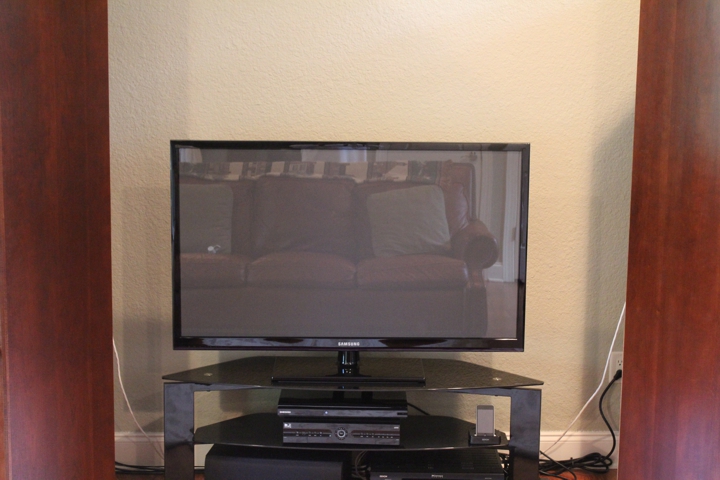 (If you have read all of this before, then skip to the last paragraph for the update.)

I will continue to complain about corporations until corporations fix their basic problem. Simply put – we don’t count. We, American consumers, only count when we’re buying new stuff. Otherwise, we are nothing. Corporations pretend to give service but they really don’t. They waste our time so that we get frustrated and finally buy something new.

So, back in November, I bought this 51-inch Samsung TV. Nice picture. Good size. High definition. Two weeks ago, I sat down to watch some football and the TV turned itself off and on, then off and on again, and then the screen went blank. Nothing. “This isn’t good,” I thought.

I called HH Gregg. I called them because they were the company that I bought the TV from and I had also purchased an extended warranty. After negotiating through multiple different prompts, I get some “service center” who will be happy to send somebody out to look at my TV in five days. Five days? That really doesn’t sound reasonable. Okay, I will wait for five days. Five days later, the serviceman comes out, looks at the TV and decides that the TV needs some new parts. Of course, he doesn’t have the parts. So he’s going to have to order the parts. We are told to call him back when the parts come in. He leaves. He does not give us his name. He does not give us a business card. We get nothing. Five days later, the parts arrive. Now, we get to the good part. Who do we call to let them know that the parts have come in?

I call HH Gregg. That was the company that I called before, so I foolishly thought that’s the company I should call again. After going through multiple prompts, I get to a bewildered service person who puts me on hold several times and asks for a lot of information only to tell me that he’s going to have to transfer me to someone who can help me with my problem. I get transferred back to the initial prompt at HH Gregg. Basically, I’m back to square one. I go through the various prompts once again and I get to another bewildered service person. I give him lots of information only to be placed on hold several more times and then I’m told I need to be transferred to Samsung. Somewhat frustrated, I agree to be transferred to Samsung. 20 minutes have passed. END_OF_DOCUMENT_TOKEN_TO_BE_REPLACED