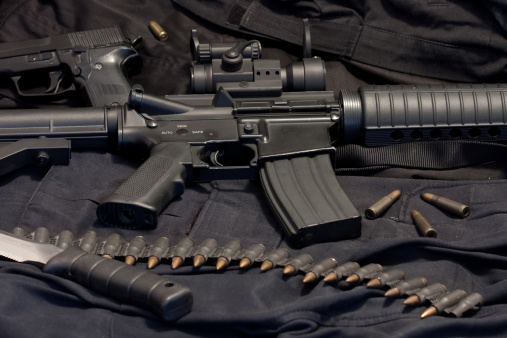 Connecticut has passed sweeping gun control legislation. I stand up and applaud the bipartisan effort it took to pass the sweeping legislation. Again I will reiterate that gun control laws will not stop every single act of random violence. Instead, the purpose of the legislation is to try to decrease gun violence in the United States; specifically, in this instance, in Connecticut.

1. It has bipartisan support. Certainly more Democrats than Republicans supported the bill, but the vote in the state House was 105 to 44, with 40 percent of Republicans and 87 percent of Democrats voting for it. Earlier, the Senate voted with only 2 of the 22 Democrats opposing the law. Nearly half of Connecticut Senate Republicans voted for the measure.
2. It expands the state’s assault weapons ban. Connecticut already has an Assault Weapons Ban in place, but the new law will add over 100 new types of guns to the banned list. Among these is the Bushmaster AR-15 gun, which is what the Sandy Hook gunman used in his horrific killing spree. People who already own such weapons will be permitted to keep them, but must comply with new registration standards. END_OF_DOCUMENT_TOKEN_TO_BE_REPLACED