I got you, babe

In the late 1970s, Sonny and Cher sang this cute tune. They were singing to each other. Now our Senators are singing the same song to Wall Street. Brown-Kaufman was a reasonable proposal. It limited the size of banks to a percentage of our GDP. The proposal went down in flames. Why? Wouldn’t limiting bank size actually help the middle class? I thought that’s what Congress wanted to do… help the middle class?

The Brown-Kaufman SAFE Banking Amendment proposed a hard size cap on our largest banks, limiting their assets to a very small fraction of the size of our economy.  The premise was simple – and could fit on a bumper sticker (or in a campaign flyer for November) – “too big to fail” is too big to exist.

But this proposal to modify the Dodd-Frank financial reform bill failed in the Senate in early May, by a vote of 33-61, with 27 Democrats voting against the idea.  Since that time, Democratic supporters have been asking their representatives the obvious question: Why did you vote against Brown-Kaufman?

Interestingly, no senators yet have replied – at least on the record – that the power of the megabanks was too great to be overcome.  Instead, there are three main arguments going the rounds.

First, some argue that the Brown-Kaufman would by itself not have completely solved all the problems that can cause our financial system to meltdown.  As one senator put it in a recent letter, “[Brown-Kaufman] would not solve the problem of systemic risk and systemically important institutions in a comprehensive manner.” END_OF_DOCUMENT_TOKEN_TO_BE_REPLACED

Smart men do it with knowledge 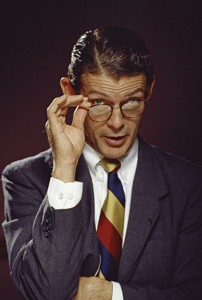 Smart men do it with knowledge. I always wanted to make that into a bumper sticker. 🙂 This was just my opinion since I like to think of myself as a smart guy. Now there is proof.

Turns out that intelligent people are generally healthier than their less-clever peers – studies have shown that brainiacs are, for instance, less likely to suffer from heart disease and Alzheimer’s. Scientists have suggested that smart people may score less stressful jobs in safer places and that they may make better lifestyle choices, for instance by exercising more and eating better. In other words, maybe bright people actually listen to the Surgeon General.

But these newest findings, to be published in an upcoming issue of the journal Intelligence, found that negative habits had little effect on sperm quality, so they don’t support that theory.

The researchers instead speculate that intelligence might be passed down as part of a larger package of good attributes. One gene can influence multiple traits, so the genes involved in smarts may somehow improve sperm quality – and perhaps other characteristics as well. (more… )

The Bill Moyers Journal is one of the television shows that I tape every week. I love his take on different subjects including the media, Iraq, the U.S. attorney scandal and earmarks. He had Keith Olbermann on a couple of months ago. Now, it is Olbermann’s turn to have Bill on. They discuss Senator John McCain’s campaign spin on the Newsweek’s cover story about Senator Barack Obama. They also cover Jeremiah Wright and our bumper sticker news coverage. There is no in-depth coverage of almost anything.