Congratulations to Louisville and Michigan. Man, Wichita State was a great story. Just didn’t have enough fire power to take out Louisville.

Rick Warren’s son has committed suicide. My heart goes out to Pastor Warren and his family.

The Sequester is killing or has killed the jobs market. The economy was limping along gaining about 150,000 jobs per month. 88,000 jobs last month is sad. The economy needs help. Americans need help. Congress? What are you doing to create jobs?

Paul Krugman continues to fight for the working man and woman. He continues to argue that the government needs to do more to help the economy. He is 100% correct –

It turns out that the urge to purge — the urge to see depression as a necessary and somehow even desirable punishment for past sins, while inveighing against any attempt to mitigate suffering — is as strong as ever. Indeed, Mellonism is everywhere these days. Turn on CNBC or read an op-ed page, and the odds are that you won’t see someone arguing that the federal government and the Federal Reserve are doing too little to fight mass unemployment. Instead, you’re much more likely to encounter an alleged expert ranting about the evils of budget deficits and money creation, and denouncing Keynesian economics as the root of all evil.

Now, the fact is that these ranters have been wrong about everything, at every stage of the crisis, while the Keynesians have been mostly right. Remember how federal deficits were supposed to cause soaring interest rates? Never mind: After four years of such warnings, rates remain near historic lows — just as Keynesians predicted. Remember how running the printing presses was going to cause runaway inflation? Since the recession began, the Fed has more than tripled the size of its balance sheet, but inflation has averaged less than 2 percent. END_OF_DOCUMENT_TOKEN_TO_BE_REPLACED

One of the great lines that the GOP has been feeding us over the last three years is that we have too much debt. According to the GOP, we need to do everything that we can, including killing Social Security and Medicare, to decrease our debt. If we, as the GOP claims, really had too much debt, then no one would want to buy our debt, right? Had we too much, investors would be increasing their risk if they were to buy our debt and should, therefore, want to stay away from US debt. Right? Then why are investors buying up US debt at record numbers? Maybe, just maybe, the GOP is 100% on this.

The U.S. government received record demand for its bonds in 2011, pushing longer-maturity Treasuries to their best performance since 1995 in a sign that President Barack Obama may have little difficulty financing a fourth consecutive year of $1 trillion budget deficits.

The Treasury Department attracted $3.04 for each dollar of the $2.135 trillion in notes and bonds sold, the most since the government began releasing the data in 1992 during the George H. W. Bush administration. The U.S. drew an all-time high bid-to- cover ratio of 9.07 for $30 billion of four-week bills it auctioned on Dec. 20 even though they pay zero percent interest.

While Standard & Poor’s stripped the U.S. of its AAA credit rating on Aug. 5, Treasuries due in 10 years or more returned 25.6 percent this year. The spreading sovereign debt crisis in Europe and slower global growth are driving investors to the safety of U.S. assets, helping to contain borrowing costs and making it cheaper as a percentage of gross domestic product to finance deficits than when the nation last had budget surpluses.

“If the last two weeks are any indication of how next year will start, there’s near-insatiable demand,” Ira Jersey, an interest-rate strategist at Credit Suisse Group AG in New York, one of 21 primary dealers that are required to bid at the auctions, said in a Dec. 21 telephone interview. “We have a significantly shrinking supply of risk-free assets in the world and U.S. Treasuries are one of the few left.”

My thoughts for a Monday Evening 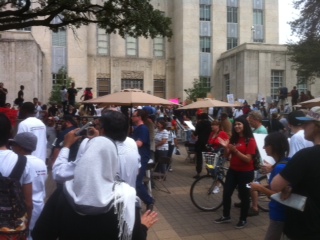 I have been watching Monday Night Football, but it’s almost as exciting as watching paint dry. I’m turning off the TV. Neither team is really playing professional football.

It is extremely disappointing to see that the Department of Health and Human Services was unable to figure out a formula to get the Community Living Assistance Services and Supports system up and running. Americans need something to help us in old age. Currently long-term care is extremely expensive. There are absolutely no affordable insurance policies. Currently, if you’re poor or if you’re middle class, long-term care is simply out of your reach.

One of the things that I find just a little bit strange is that the mainstream media has simply stopped covering bank failures. This used to be big news just a couple months ago (well, more like a couple years ago). On Friday, the FDIC took over bank failures 77, 78, 79 and 80 for this year.

The Joint Select Committee on Deficit Reduction is charged with negotiating a plan to reduce federal deficits by at least $1.5 trillion over the next 10 years. It is essential for the long-term health of the nation and the economy that its proposals include equitable amounts of increased revenue. The Budget Control Act (BCA) of August 2011, which mandated the creation of the committee, has already reduced budget deficits by $895 billion over the next decade by focusing strictly on the spending side of the ledger. Statutory spending caps will reduce discretionary outlays by $756 billion, program integrity and education provisions will cut $5 billion in net spending, and debt service will fall by $134 billion (CBO 2011a). Moreover, these cuts build on the spending cuts in the 2011 full-year appropriations bill, which lowered the trajectory for discretionary outlays by $122 billion over the next decade (CBO 2011b). Relative to the Office of Management and Budget’s (OMB) higher baseline for discretionary spending, the BCA cuts to discretionary outlays total $992 billion, or $1.2 trillion when debt-service savings are included (OMB 2011a).

A spending-cuts-only approach to deficit reduction is unacceptable for numerous reasons:

Krugman is right. As the Occupy Wall Street movement grows we can expect that there is going to be more accountability on Wall Street. I know if I sell fraudulent products to the American people and hundreds of thousands of Americans lose millions billions of dollars, I can expect to go to jail. Here’s what Krugman has to say:

On Saturday The Times reported what people in the financial industry are saying privately about the protests. My favorite quote came from an unnamed money manager who declared, “Financial services are one of the last things we do in this country and do it well. Let’s embrace it.”

This is deeply unfair to American workers, who are good at lots of things, and could be even better if we made adequate investments in education and infrastructure. But to the extent that America has lagged in everything except financial services, shouldn’t the question be why, and whether it’s a trend we want to continue?

For the financialization of America wasn’t dictated by the invisible hand of the market. What caused the financial industry to grow much faster than the rest of the economy starting around 1980 was a series of deliberate policy choices, in particular a process of deregulation that continued right up to the eve of the 2008 crisis.