The violence in Egypt is simply breathtaking. Maybe heartbreaking is a better term.. I understand that Egyptians, for the most part, weren’t happy with the Muslim brotherhood. I’m sorry. If you indeed had a free and fair election, you need to live with the consequences. I am sitting here in North Carolina seizing over what has happened to what was the most progressive state in the South. Our answer is not to take to the streets and begin randomly shooting people. Instead, we are organizing. We’re going to get more people registered to vote. We’re going to vote these ultra conservative Republicans out of office and take back our state.

Paul Krugman had two excellent posts yesterday. The first post had two things that were very interesting to me. First, Professor Krugman wondered if most Americans knew that the budget deficit has been rapidly decreasing. Somebody from Google got in contact with him and they quickly put out a survey. This isn’t the exact same thing as a poll, but it does give you an idea of the power of the Internet. The poll suggested that over 75% of the respondents had no idea that the federal deficit had significantly decreased. This brings me to my next point, that the budget deficit has significantly decreased compared to GDP. 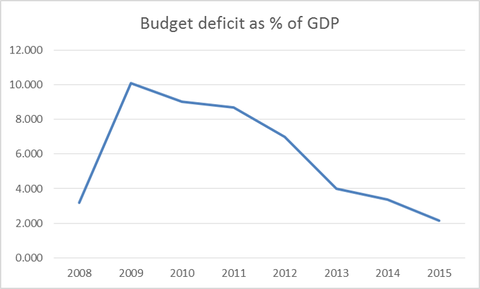 Well, this ups the ante.

Israel aircraft bombed a target in Syria overnight Thursday, an Obama administration official said Friday night, as United States officials said they were considering military options, including carrying out their own airstrikes. END_OF_DOCUMENT_TOKEN_TO_BE_REPLACED

Great interview on how the parents of Newtown are tipping the gun control equation. Rachel Maddow interviews Nicole Hockley, whose six-year-old son was killed in the Newtown tragedy.