It was this itty-bitty little graph that caused conservatives to absolutely lose their minds last week. Basically, a study from the Pew Research Center revealed that there are a lot of women who are the sole breadwinner or the major breadwinner in their households. For those of us who live in the reality-based world, we’ve recognized for some time that the “Leave It to Beaver” or “Father Knows Best” male-dominated models of the household simply don’t exist to the extent that they did back in the 1950s in the United States. This changed for a variety of reasons. Yet, conservatives simply want to blame women for this trend. Oh, let me correct myself. Conservatives would like to blame “liberated” women for this trend.

If you want to blame someone, there’s plenty of blame to go around. First of all, and my blame list is in no particular order, one of the glaring facts that springs off the page when you read this study is the fact that women get paid less for doing the exact same job as men. Why is this? This is simply a fact of gender discrimination. From my personal vantage point, as a physician, I’ve seen nurses’ salaries stagnate and even regress over the past 20 years. It is clear that there are more women who go in the nursing than men. Nurses, outside of California, have yet to band together to demand higher salaries. Instead, what we see in the nursing profession is that nurses after five, 10 or 15 years will leave a hospital because the work load is too hard, the hours are too long and the salaries are too small. So, nurses will move to doctors’ offices for better hours and a decreased workload in exchange for… wait for it… most the time, lower salaries. END_OF_DOCUMENT_TOKEN_TO_BE_REPLACED 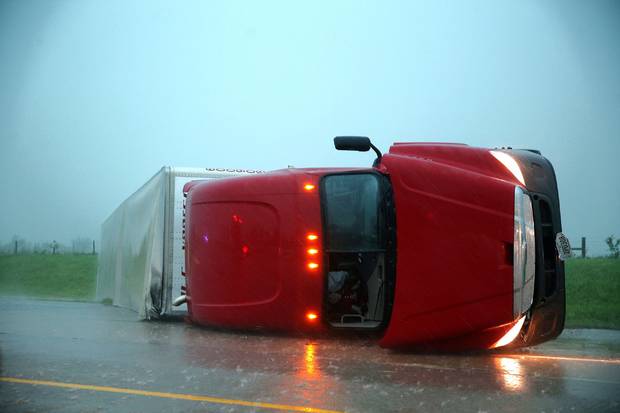 I know it is tornado season. I grew up in Dallas. I’ve seen tornadoes up close and personal. As a matter fact, a tornado ripped through my high school back in 1976 or 1977. It is still sad when an area that was just hit with a devastating tornado is hit again in such a short time. Oklahoma City, just a few miles north of Moore, Oklahoma, was hit with a series of devastating tornadoes. Currently, the news media’s reporting that five people are dead and scores are injured.

The Weather Channel crew was caught up in a tornado that broke out in EL Reno, Oklahoma. Thankfully, everyone is safe.

One thing is clear. As we pump more common dioxide into the atmosphere, the atmosphere heats up. This means more energy for more violent storms. END_OF_DOCUMENT_TOKEN_TO_BE_REPLACED