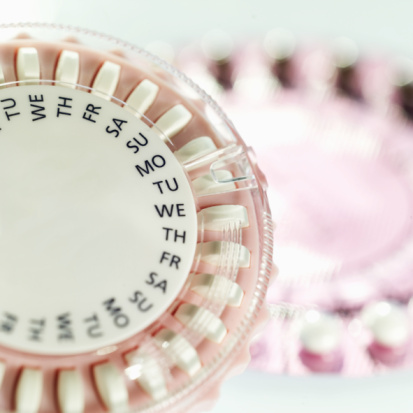 There was an interesting article posted yesterday over at Mother Jones. The author was questioning why she needed to get a physical exam every time she wanted to renew her birth control pills. She went into the data which suggested that yearly physical exams are probably not warranted in women over 30 years old. Let’s take this one step further. Why do you need a prescription for birth control pills? Why aren’t they available over the counter? Sure, birth control pills do have risks. They are not benign. Yet, there are plenty of medications, including aspirin and ibuprofen, which have serious side effects including anaphylactic reactions, bleeding and death, and they are available over the counter. As long as we’re examining birth control pills, why do you need to take one every day? Some data suggest that there is no reason that birth control pills can be made differently. As long as were asking questions, do women have to ovulate every month? These are the types of questions which now need to be asked so that we can truly figure out what is the best and most cost-effective way to deliver birth control to the modern woman.

A couple of commenters are confused by my position over the latest flap over contraceptives. My position is that religious freedom is a right granted to individual US citizens by the Constitution. The right is not granted to institutions. I’m sure that this clarification will make things perfectly clear. 🙂

Wall Street is happier with the Greek deal.

Highlights of the Obama budget plan for 2013 can be found here. There are $350 billion in short-term job growth initiatives in this budget. I’ll have more on this later.

Somehow, we need to change our jury system. We are way too influenced by eye-witness testimony, which can be terribly flawed.

Iran is censoring the Internet and blocking access. This is confirmed by Google.

The Department of Justice withheld vital information on wiretapping from Congress. Congress, the supposed overseers, were out to lunch.

A study of 2009 of sexually active American women between the ages of 18 and 34 revealed that 30% of them had put off a visit to their gynecologist or family practitioner in order to save money. A quarter of the women who are on birth control pills were not taking the pills every day in order to save money. Women need affordable healthcare and this includes birth control. It is that simple.

In a shocking study, 10% of physicians admit that they’ve been untruthful with their patients.

Although Adele takes the Grammys, Whitney Houston is definitely remembered.

Now, I don’t want to judge Senator John McCain’s motivations, but how can you not support legislation that requires an insurance who covers Viagra to also cover birth control pills? Can some one explain this to me? The best part of this was John McCain’s response to a reporter’s question.