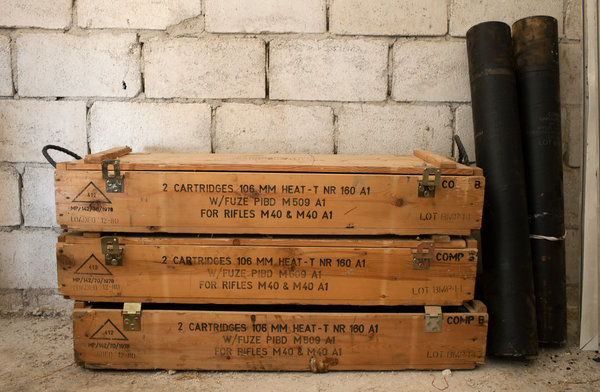 I know that the neocons are upset that Obama has not bombed or invaded Syria yet but they’re still hopeful. As I see it, with young Arab men who seem to be desperate to shoot at or fight somebody pouring into Syria, it seems like a really good idea for us to stay out of there. Plus, it seems that weapons from Libya are finding their way into Syria.

Netroots Nation – This started a couple of days ago. This is the biggest progressive powwow, think tank, party in the nation. I went a couple years ago when it was in Austin. It was a rejuvenating experience.

Terrible flooding in Canada. Remember, there is no global warming. END_OF_DOCUMENT_TOKEN_TO_BE_REPLACED

You remember how the gun industry whipped up fears that the Obama administration was going to steal everybody’s guns? That translated into a huge windfall for them.

Projected path of hurricane (tropical storm) Isaac seems to be taking a more westerly direction away from central Florida.

Take your time and sit down and enjoy this great article in the Atlantic by Ta-Nehisi Coates.

Shooting outside of the Empire State building has left at least two dead.

West Nile infections continue to be a problem.

Household income has decreased during the recession.

Mike Huckabee has raced to the defense of Missouri Representative Todd Akin. I wonder if this will jeopardize his appearance at the GOP convention?

A Republican candidate for sheriff in New Hampshire has retracted his statement about using deadly force to prevent abortions. He has now promised not to murder any doctors if he is elected Sheriff. Well, that’s a comfort.

Norway shooter gets the maximum of 21 years. I suspect that he will never see the light of day.

In the culmination of a case, a court in South Korea rules that Samsung did not violate Apple’s iPhone design. Well, that case wasn’t the huge one. It was the small one. In California, today, a jury decided that Samsung was a bad company and violated several of Apple’s patents. The jury awarded Apple a cool $1 billion.

C&L were counting down their best videos of the year. The third best was this one.

This is Sarah Palin and Greta trying to rip the president over his Libyan policy. Sure, Sarah Palin was her typical clueless self, but once again this clip reveals how the Right wanted Obama to invade with a major offensive. Instead of spending hundreds of billions of dollars and losing hundreds if not thousands of troops, we accomplished our objective and didn’t lose one American soldier. Not one. A boil on the butt of the world is gone and we helped to make it happen. Obama has done some things right while in office and this is one of them. (Killing Osama Bin Laden was another, but I will not get into that now.) Gleaning information from the MSM, one would think that Obama hasn’t done one thing right and hasn’t accomplished anything. That simply isn’t true.