Obama delivered a GREAT eulogy for those who died in Charleston, SC.

Singing the words to “Amazing Grace” in a deep and powerful baritone, President Obama delivered an impassioned eulogy to honor the life of Rev. Clementa Pinckney and the tragedy of his fatal shooting – a historic moment from the nation’s first black president in addressing the “uncomfortable truths” about prejudice and racial bias still alive in America.

The president spoke before thousands of mourners gathered across Charleston on Friday to pay their final respects to Pinckney, one of the nine people fatally shot in the massacre at Emanuel African Methodist Episcopal Church during a prayer session last week.

“Maybe we now realize the way racial bias can affect us even when we don’t realize it,” Obama said, drawing the crowd to their feet. “So that we search our hearts when we consider laws that make it hard for some of citizens to vote. By recognizing our common humanity, by treating every child as important regardless of the color of their skin and the station into which they were born and to do what is necessary to make opportunity real for every American.”

By now, everyone should know that Keith Olbermann was suspended and now is back on the air because of political contributions that he made a couple weeks ago. What happened and why? It appears that MSNBC has a policy on political contributions by their on-air commentators. Cool. Their policy states that all political donations need to be approved prior to making the donations. Why? I don’t understand how prior approval will make any donation any more or any less ethical. Now, if you inform MSNBC about political donations, certain interviews and certain stories could and should be reported differently. It should be clear to the viewer that the commentator is specifically biased (yes, I know that many on MSNBC are liberals. Liberal does not equal bias. Endorsements do equal bias.)

If this is an important rule, should it be written into one’s contract? For the most part, these commentators are commenting on politics. It seems to me that that MSNBC would want to make sure that every commentator knows what the rules are and would therefore specifically write those rules into the contract.

There is a larger context. What is the role of journalism in the year 2010? How should journalists differentiate themselves from commentators? Shouldn’t this delineation be crystal clear to the viewer?

We had a whole generation of journalists who sat by and did nothing while, for instance, George Bush led us into an idiotic war on a lie, plus thousands more who spent day after day collecting checks by covering Britney’s hair and Tiger’s text messages and other stupidities while the economy blew up and two bloody wars went on mostly unexamined… and it’s Keith Olbermann who should “pay the price” for being unethical? Because, and let me get this straight, he donated money, privately, to politicians?

This is absurd even by GE’s standards. There is no reason, not even a theoretical one, why any journalist should be prevented from having political opinions and participating in election campaigns in his spare time. The policy would be ridiculous even if we were talking about an evening news anchor — because the only “ethical” question here is the issue of NBC wanting to preserve the appearance of impartiality and being unable to do so, because political contributions happen to be public record and impossible to hide from viewers.

Again, that would be true even if we were talking about Brian Williams or Tom Brokaw, someone from whom viewers expect a certain level of impartiality. But what Olbermann does is advocacy journalism and it’s not exactly a secret. NBC punishing Olbermann for donating to Democratic candidates is like Hugh Hefner fining the Playmate of the Year for showing ankle. It’s completely and utterly retarded. 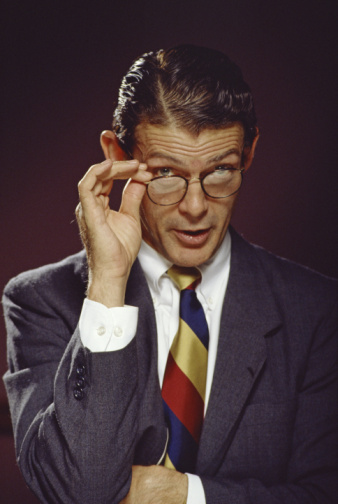 I’m not an economist, I don’t play one on TV and I didn’t stay at a Holiday Inn Express last night. I do know that these guys are smart. They are economists and non-partisan.

First, be very careful with any criticism of CBO that seems to be merited by a particular score rather than a particular methodological difficulty. To put that slightly differently, does anyone think that conservatives would be squawking if CBO had disappointed Democrats by saying the bill would save less money than either the House or Senate incarnations? If not, then keep in mind that this is a political, not technical, dispute. To establish my own credentials on this, here’s thepost I wrote defending the CBO when liberals were arguing that it was underestimating health-care reform’s savings.

Second, don’t confuse uncertainty with bias. It’s true that the CBO’s estimates of the health-care reform bill are uncertain. But that cuts both ways. A lot of very respected health-care economists and experts think the CBO is being way too conservative in how much the bill’s payment reforms will save. Historically, CBO has frequently underestimated the savings from health-care reform legislation. To use one example, they heavily overestimated the cost of the Medicare Prescription Drug Benefit. More examples here.

Third, some argue that the problem with CBO’s estimates is that they can’t control for Congress. The actual evidence shows that Congress ismuch better at sticking to tough cost controls than people give them credit for. But beyond that, if Congress can’t do hard things, then everyone is screwed. Conservatives, who strongly believe in entitlement reform, are perhaps in the worst shape as that’s the hardest thing to do. Moreover, the health-care bill has the Medicare Commission, which explicitly makes it easier to do hard things because it takes some of the power away from Congress and gives it to independent experts. If you think Congress is the problem here, then this bill is the best answer anyone has yet come up with. (more…)