I’m sure that there is something pithy that I should say, but I think that would be tasteless. The story speaks for itself. 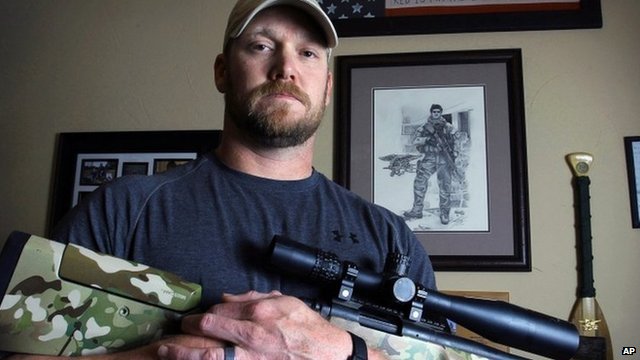 Iraq veteran and ex-US Navy seal Chris Kyle, known as the deadliest sniper in US history, has been shot dead on a Texas shooting range, reports say.

His body was found at Rough Creek Lodge range on Saturday along with that of his neighbour, Chad Littlefield.

Iraq war veteran Eddie Ray Routh, 25, has been charged with murdering both.

Mr Kyle, 38, wrote the 2012 bestseller American Sniper, about the psychology of a sniper, in which he said that he had killed more than 250 people.

He served four tours of duty in Iraq and was decorated for bravery.