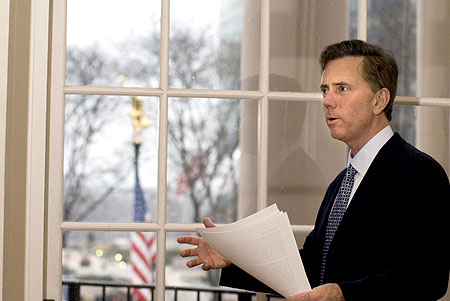 It was more than money, good looks and charm.  Lamont did it the old fashion way, he earned it.  He went house to house.  He put in the time and effort to grow a grassroots campaign.  Lunches, teas, cookouts – he was there for all of them.  Yes, the netroots were helpful but Lamont didn’t use the net as he only source of support.  He tapped into the anti-status quo feeling in America.

He also got help from Lieberman.  Lieberman did everything he could to lose.  He was not humble.  He NEVER said that the war was a mistake until the very end.  He announced that he would run as an independent.  On one hand he is saying that he is a good democrat in spite of his support for Bush on the other hand he will run as an independent if he loses?  Lieberman was the perfect opponent for someone to come out of the Blue (pun intended) and defeat.