Here’s what the President said at Lorain Community College on April 18, 2012.

Investing in a community college, just like investing in a new road or a new highway or broadband lines that go into rural communities, these investments are not part of some grand scheme to redistribute wealth. They’ve been made by Democrats and Republicans for generations because they benefit all of us. That’s what leads to strong, durable economic growth. That’s how America became an economic superpower. That’s how we built the Transcontinental Railroad. That’s why we’ve got the best universities and colleges in the world. That’s why we have cutting-edge research that takes place here, and that then gets translated into new jobs and new businesses, because somebody did the groundwork. We created a foundation for those of us to prosper.

Somebody gave me an education. I wasn’t born with a silver spoon in my mouth. Michelle wasn’t. But somebody gave us a chance — just like these folks up here are looking for a chance.

Here’s what Fox News’ Steve Doocy reported, “Unlike some people, I wasn’t born with a silver spoon in my mouth.”

By inserting just a few words, there is an attempt to turn a speech about opportunity and investment in the middle class into some jab at Mitt Romney. This is sad. A “news” organization should at least get the facts right. Worse, NYT and WaPo passed on this misinformation to their readers without doing the homework necessary to look up the quote. There is no excuse for this kind of lazy reporting. None.

My prediction of a Dallas Cowboy collapse against the Atlanta Falcons was flat wrong. I’m happy for that. We saw the most complete game from the Dallas Cowboys in over two years. Who would’ve guessed? As a lifelong Cowboy fan, I wonder what this week will hold.

Yesterday, a New York Times editorial had a lukewarm endorsement for a second stimulus package for our ailing economy. Republicans are already yelling that Obama has created a jobless recovery. Yet they seem to have no understanding of how a recovery works. First, businesses began to make money and stop hemorrhaging money. Then, once there was enough demand for more product, businesses began to higher, again. Unfortunately, when we stand back and look at how our economy has changed over the last 30 years, we must ask ourselves, where are the jobs going to come from? Over the last 30 years, Republicans have stressed that corporations must be leaner and more efficient, which has caused corporations to push jobs overseas. This means that there are fewer jobs here at home. So I fear that as businesses begin to recover, jobs will be created overseas and not here at home.

As Jeff Madrick from Campaign for America’s Future puts it:

In the past 30 years, government, with a few exceptions, did not adequately sustain and nurture society, or help it adapt to change. Government invested less in America, it regulated less, and it led less. It was a lost generation.
The financial crisis occurred because of this widespread disdain for and distrust of government. Under ideological pressure to which both political parties subscribed and under the influence of powerful vested interests, government stepped back and gave financial markets largely free rein. Very risky investments were made with enormous levels of debt; the failure of one firm could take down an entire industry . Common sense was discarded and new, highfalutin theories about the rationality and efficiency of markets dominated thinking at the best universities, the halls of Congress, and the boardroom of the nation’s central bank. Always, the argument was the financial community understood risk better than any government could.

I do not know if we truly need a second stimulus package or not. I do know that America needs help. President Obama and wimpy Democrats on the Hill need to pass legislation which makes it harder for corporations to ship jobs overseas. This legislation must tax raw materials leaving our country to be manufactured overseas and must tax the finished product coming back into the country. This will discourage businesses from shipping jobs overseas and, more importantly, encourage businesses to continue to invest in America. Even if a law like this were passed tomorrow, the effects would not be seen for another several years. But we need to start sometime.

Reform of Wall Street will act as a “mini stimulus” because currently money that would be reinvested into the corporations is now being heaped on executives. Instead of giving upper management millions of dollars in bonuses, that same money can be used to hire more people, upgrade factories and improve productivity. Congress needs to look seriously at reforming this ridiculously dysfunctional practice of heaping large rewards on CEOs. 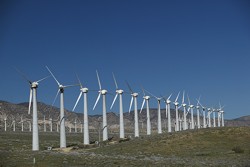 President Obama has the right plan. Green jobs. We need to invest in clean energy. This is a multibillion dollar industry which will help America on so many levels. This will act as a second stimulus. We need to invest in wind and solar energy and in more efficient power plants. This will cause businesses to begin to hire tens of thousands if not millions of people. Congress needs to act in multiple ways to stimulate this industry. We need tax incentives so that businesses will invest in new plants. (I’m still not sure about nuclear power. When we figure out what to do with the nuclear waste, then I’m all for nuclear power, but right now we don’t have a solution. Digging a big hole and sticking it in the ground somewhere just doesn’t seem viable for the long term.)

True, healthcare reform will also help the economy. We need to curb the growth of this industry. This will allow business to free up moneys which can be reinvested in building new plants and increasing wages.

The New York Times editorial is a little bit off the mark. This should not be surprising to anyone since the Times has been walking around in a cloud of confusion for many many years. I’m not beating up the New York Times. I will leave that to conservatives who never tire at being of the Times. But I think that with a little more thoughtful reflection they could’ve come up with the right formula for long-term success of our economy.