Where The West Begins 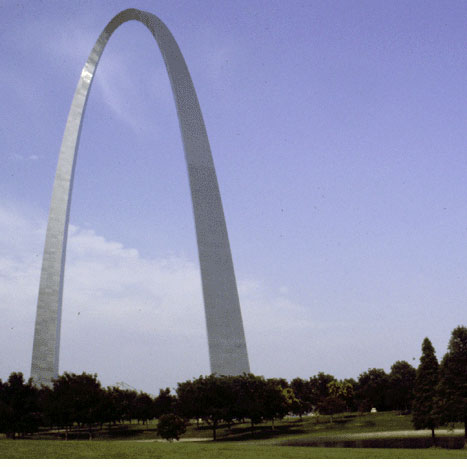 n has made mention this week of being in St. Louis. St. Louis is known as “The Gateway to the West.” The big St. Louis Gateway Arch serves to make that point.

Being from Cincinnati, it is hard to see how St. Louis could be gateway to the west. Everyone in Cincinnati knows that Cincinnati is the “Queen City of the West.” Cincinnati is east of St. Louis so the “west” can’t be starting in St. Louis.

As a kid I made yearly visits to Utica, New York. The Erie Canal was near Utica and I was told that Utica and the westernmost extensions of the Canal had once been the “west.”

Here in Texas, Fort Worth is given as a point where the west begins. While Dallas, so it is claimed, looks east.

On one hand, the idea of where the west begins long matched some point where the native population had recently been killed off.

On the other hand, the changing concept of where the west begins is an example that we can define many things as we wish. This is a liberating idea in many respects. It is an idea that can be extended to many aspects of life.

With careful thought and mental discipline, we can give things flexible defintions while at the same time still engaging in clear and precise thinking and speaking.

If so inclined, please give this idea some thought.

I feel like he should have a bottle of warm milk.  He believes that if he says something often enough the American people will begin to buy it.  I guess he doesn’t remember the Social Security disaster.