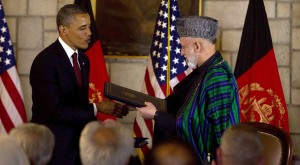 As we know, Barack Obama won the election and it wasn’t close. John McCain gave a very gracious speech. In this week’s show, I interview my good friend Bill Scher from Campaign for America’s Future and the editor of BuzzFlash, Mark Karlin. I try to start at the beginning. Mark is from Chicago, Obama’s home turf, and he explains how our future president made this remarkable climb to the top. Bill Scher was at the 2004 convention. He was, like me, blown away by Barack Obama’s 2004 convention speech. This is a great discussion and a great summary of what happened.

BTW, now nine people have signed up for the contest. Just sign up and you too can have a chance to win a $50 gift certificate for Amazon.com. More information here.

Countdown: The Beginning of the End

He knew it was coming, a special commentary on President Bush’s and the Republicans detainee act.  Keith Olbermann, on Countdown, does a much better job than he did with his last commentary.  His last commentary was simply angry.  This one presents excellent information and puts the detainee act in perspective.  When compared to Adam’s Alien and Sedition Act or Franklin D Roosevelt’s internment of Japanese-Americans, we can see that America has gone astray before.  We can also see that America is going astray again.  We are heading down a road in which the president can say anything and do anything and we’re supposed to say yes.  My point is if our laws are not good in a time of crisis, than our laws are no good.  If our laws are no good then the Constitution itself is no good.  But I think, I hope, that the American people understand that our Constitution is good.  The American people understand that for over 200 years our Constitution has withstood slavery, two world wars, and many many other challenges.